Kasuga is a heroic ninja introduced in Sengoku Basara. Her name may be a reference to Kenshin's main fortress, Kasugayama Castle.

Kasuga was sent on a mission to kill Kenshin Uesugi. However, when she had her target in sight, Kasuga fell in love with Kenshin. After failing to assassinate Uesugi she was banished from her village. From then on Kasuga served Kenshin and became his most loyal ninja. She takes her duties seriously, and due to the Kenshin's battles with Shingen Takeda (as well an implication that they are from the same ninja village) a rivalry grew between Kasuga and Sasuke Sarutobi. Additionally, the two ninja have opposite elements.

She is often seen as having a rivalry with Nouhime as well, due to the other woman's role as Nobunaga's love interest and protector, and their similar personalities.

Kasuga although is very beautiful, she is noted to have a very sexual appearance, with a skin-tight body suit that's open very low in the front, baring half of her breasts and some of her legs.

In Sengoku BASARA 3, Kasuga only appears in one stage (unless selected as an ally). In the Battle of Kawanakajima-Tundra, after the player defeats Keiji the first time and Naoe Kanetsugu, she will appear at the North-West side of the battlefield, opposite from a returned Keiji. As you fight her, she has unique lines for each character but will promise Kenshin's protection at least once. After her defeat, her lines presume she retreats instead of dies, with the exception of when you're fighting as Mitsunari Ishida. Once she and Keiji have both been defeated, Kenshin appears on the battlefield.

Kasuga is a playable character in Sengoku Basara 1 & 2. She is demoted to NPC for Sengoku Basara 3, but is made playable in Sengoku Basara Utage. In this expansion, she does not have her own story, but appears once again in Kawanakajima-Tundra, as well in the Kyoto Fireworks Festival stage alongside Keiji. The player can unlock her for Free Mode and Unification Mode by clearing the stories of Sasuke Sarutobi or Tachibana Muneshige.

Kasuga and Kenshin have long since broken up since Kasuga fell out of favor of Kenshin when he adopted his nephew Kagekatsu as his son and heir after taking in his widowed half sister Aya-Gozen after she became a nun.Kasuga was stung by this deeply since Kenshin changed after deciding to take care of his people of Echigo.

But Kasuga and Sasuke Sarutobi have now have gotten married and have children. 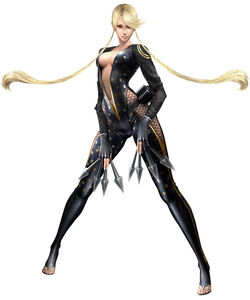 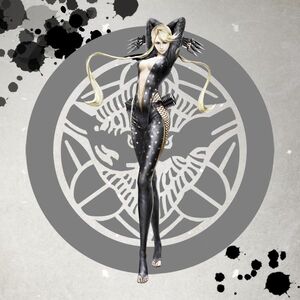 Retrieved from "https://hero.fandom.com/wiki/Kasuga?oldid=2288230"
Community content is available under CC-BY-SA unless otherwise noted.