Kasumi Toyama is the main protagonist of the BanG Dream! multimedia franchise. She is the vocalist and lead gutarist of the rock band "Poppin' Party" (nicknamed PoPiPa), which she formed with her friends after becoming inspired by a live house performance to get into rock music. At first she was unable to so much as tune a guitar correctly, however her and Poppin' Party since grew into a well known and loved band, following a successful performance at the local live house, SPACE.

Her signature instrument is her ESP Random Star guitar. Her CV is Aimi, who performs in her place for real life performances from Poppin' Party.

She was voiced by Aimi Terakawa in the Japanese version, and by Juliet Simmons in the English version.

Kasumi is extremely energetic and cheerful, embodying the "genki" personality trope. When she has her heart set on something she'll go for it despite what those around her think. This determination blinds her to how selfish she can be at times though, wishing for those around her to follow her idea of the musical paths they should follow. This doesn't originate from a bad place however, as it's her desire to drive her friends towards a path they had fallen off from and that can unite them, although her actions are rather forceful. One example of this was when she wanted her friend, Saaya, to become the band's drummer. Saya had given up being a drummer when her mother fell and she began looking after her family, however her refusal to leave her family without her care to join Poppin' Party prompts Kasumi to become incredibly upset sparking a fight between them.

That being said, Kasumi's determination and unshamed attitude in how she appears socially can be a major inspiration. to those around her, such as when it prompted Rimi to overcome her self-confidence issues. She loves french fries and white rice, but hates natto, and loves all her friends, acting affectionate with them. 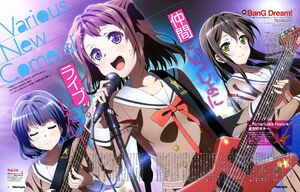 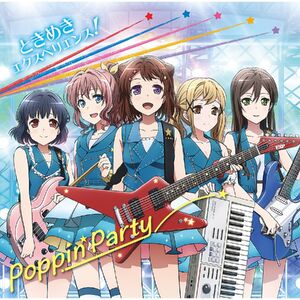 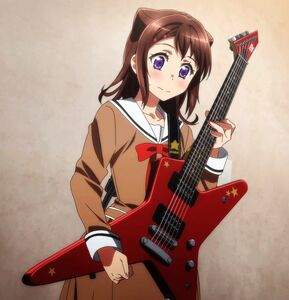 Kasumi with her guitar. 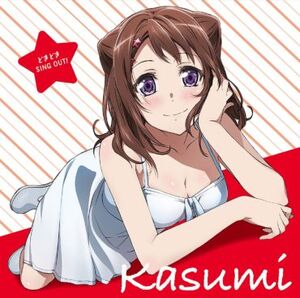 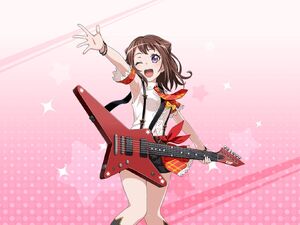 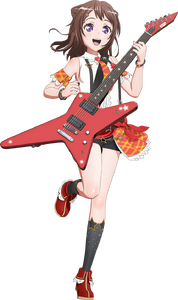 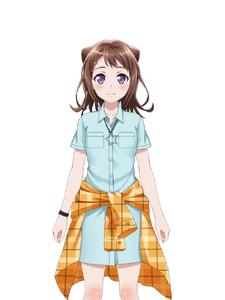 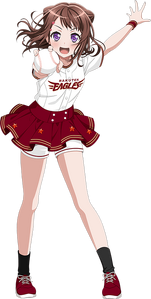 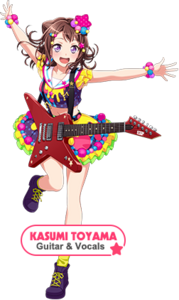 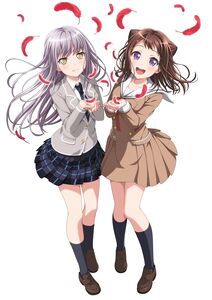 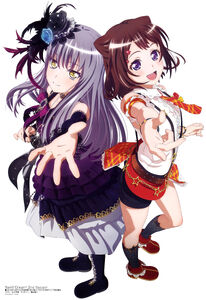 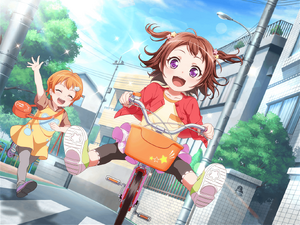 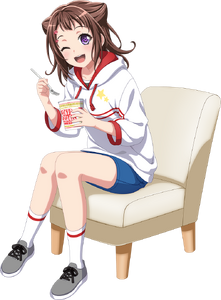 Add a photo to this gallery
Retrieved from "https://hero.fandom.com/wiki/Kasumi_Toyama?oldid=2306494"
Community content is available under CC-BY-SA unless otherwise noted.