Heroes Wiki
Register
Don't have an account?
Sign In
Advertisement
in: Female, Lawful Good, In Love,
and 20 more

Prevent Dorry's from being shut down.

Kate Peltzer (née Beringer) is the tritagonist of the Gremlins film franchise.

She is portrayed by Phoebe Cates, who also voiced the same character in The LEGO Movie, briefly coming out of her retirement in doing so.

She first appeared in Gremlins as a teller at the Kingston Falls bank, and as a volunteer bartender at Dorry's Tavern. In the sequel, Gremlins 2: The New Batch, she worked as a tour guide for Clamp Enterprises. She is also the wife of Billy Peltzer.

Much like Billy, she is rather introverted, unassuming, good-natured, and a bit quirky.

Kate is introduecd as a bank teller in Kingston Falls in the first film, her character being that of an independent young lady who desires to keep Dorry's Tavern running, as she has a sentimental attachment to it. She has a crush on Billy. Neither Kate nor Billy can stand Ruby Deagle, the horrible, bourgeois town snob who owns most of the real estate in Kingston Falls. After an encounter with Billy, in which his dog chases Deagle away, they decide to eat at Dorry's Tavern. Here, we are introduced to Gerald Hopkins, an ambitious, cocky assistant banker (and rival to Billy) who ridicules him for his antics that morning. Gerald attempts to hit on Kate at Dorry's, but his efforts prove both unimpressive and condescending, and Kate is repulsed, much to Billy's delight.

Some time after, Billy walks Kate home from her job at the bar and she gives reveals that the holidays are depressing to her. Billy presses her for a reason and she turns away from him, frustrated and angry, to her house porch. Billy apologizes and she forgives him, stating that she is a little cranky from work. Billy then decides to ask Kate on a date and she brims with delight at the thought. They then make plans and bid each other good night.

Kate's first encounter with the Gremlins occurs when they raid the town and Dorry's Tavern, and force her to serve them drinks and food. She escapes by temporarily frightening them away with a flash camera, and escapes the tavern when Billy shines his Volkswagen's headlights in the front window. It is discovered that she doesn't celebrate Christmas due to a tragedy that occured on Christmas Day when she was a little girl.

Kate help's Billy destroy the gremlins by blowing up the movie theater containing all the gremlins, save for Stripe who was looking for candy in a nearby mall. While Billy hunts him down, Kate searches for the light switch in the mall. She finds it just in time to save Billy from being struck with a running chainsaw, but then also turned on a fountain to release water, which Stripe sees and climbs onto while climbing a gun. While Kate rushes out of the power control of the store, Stripe was already dead along with Randall Peltzer coming in. She is last seen with Billy and his family as they see Mr. Wing take back Gizmo.

In the sequel, Gremlins 2: The New Batch, she is living with Billy in New York City, and working as a tourguide in the headquarters of Clamp Enterprises. Billy finds out that Gizmo is being held in the laboratory in the same building, and after rescuing him, he asks Kate to take him home. Kate reluctantly agrees, but mistakenly takes home Daffy, one of four new mogwai. She feeds him a chicken leg, mashed potatoes, and corn, but Daffy eats only the corn, threw most of the food at her, and destroyed a blender. The Futtermans were supposed to stay with Billy and Kate when their house is currently destroyed (by the first batch of Gremlin driving a snowplow into their house), but were not able to since Billy and Kate had to rush to the Clamp HQ skyscraper to get rid of Daffy, find Gizmo, and prevent any other Mogwai who ate after midnight.

Kate then finds Marla who was discussing over the date at a Canadian restaurant with Billy (curiously, Kate didn't even realize the kiss with heavy lipstick ink on Billy's face), and Kate tells him, If we manage to escape alive today, you're in big trouble. She then is giving a tour guide to children to Microwave Marge's cooking show, but finds Daffy, Lenny, and George later on, who sabotage the cooking show, invade the kitchen, destroy a microwave, and release the smoke detectors, making the Gremlins wet. A Japanese cameraman who is obsessed with finding exciting stories, Mr. Katsuji, attempted to film the Gremlins multiplying without leaving the room, but is pulled away by Kate.

She rushes to an elevator, telling that her desired floor is level 38, but the Gremlins take control and don't stop ascending, until Kate tells the elevator to stop. She also requests for sound alarm, to which the Gremlins answer by making a sound alarm themselves. She is attacked by the Gremlins, grabbing her legs, reaching for her face, and pulled on her hair. Kate even has to bite a Gremlin's arm to free herself, and the elevator she was in was being sabotaged by Daffy (who has now become a Gremlin), drops to the lowest floor, and she survives while the Gremlins around the elevator are killed. Kate then found Marla Bloodstone, who dated and kissed Billy, stuck to a spider web (made by Mohawk). Kate planned on leaving behind Marla, until she confessed everything she did with Billy on the night before the Gremlins attacked Clamp Enterprises HQ skyscraper. Kate then frees her from the spider web (reluctantly). But they find Spider Mohawk who is about to kill them! Ironically, Kate met Mohawk before as Stripe back in Kingston Falls. Stripe was the gremlin that Kate helped Billy fight in a store at Kingston Falls mutated into a gremlin/spider hybrid. But luckily, Marla and Kate are rescued by Gizmo who comes in and aims a fire arrow at Spider Mohawk. Spider Mohawk burns to death, and Billy and Mr. Futterman come in (but would have been too late to save Kate and Marla). When she hears about Abraham Lincoln's birthday, she starts to make an emotional speech about how she doesn't like hearing about Abraham Lincoln, but is pulled away.

She finds all the hundreds of Gremlins in the lobby singing and partying while getting ready to leave the building, and the plan to release sunlight on the Gremlins in the lobby is ruined when a rainstorm came! Then Billy comes up with the idea to destroy the Gremlins. After Kate puts Gizmo in a box, she transports the Electric Gremlin into the phone to the other Gremlins, melting/destroying the Gremlins when they were wet. Clamp and four other soldiers came in (and were very late).

Then Mr Clamp promotes Billy and Kate for defeating the Gremlins, but doesn't care for how his skyscraper was destroyed. He asked if Kate is Mrs. Peltzer, and answers, Yes, well, I'm gonna be, and when Clamp finds Gizmo (who pops out of the box), Kate explains he's a Mogwai, with Gizmo saying the word "Mogwai" also. Billy, Kate, and Gizmo return to their apartment room, and Gizmo asks if they have cable TV. Soon later, Billy and Kate are wed, and Kate Beringer becomes Kate Peltzer. 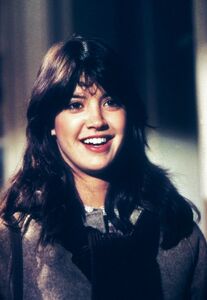