Katie is a secondary character from the Canadian children's CGI cartoon PAW Patrol. She is a young girl who works as a pet groomer and veterinarian at the pet parlor in Adventure Bay, the show's main setting. She gives the pups of PAW Patrol and other animals their baths and takes care of them when they are sick or injured. She owns a pet cat named Cali.

Katie is a kind, loving and caring girl who cares deeply for the well-being of animals and makes sure they are happy, healthy and properly bathed, and often gets worried if an animal is missing or in danger. She also seems to have a soft spot for cute animals, as shown with her reaction to Precious the kitten in "Pups and the Kitty-tastrophe" and the baby sea turtles in "Pups Save the Sea Turtles". She is very affectionate towards her pet cat, Cali.

Katie has white skin, blue eyes, and long blonde hair. On her head, she wears a red hairband with two pink hearts on it. Her main outfit consists of a pink sleeveless striped shirt , blue short pants, and purple shoes.

Katie is voiced by Katherine Forrester in the North American version of the show, and by Abriella Bierer in the British dub. Several of her voices in the other dubs are listed below. 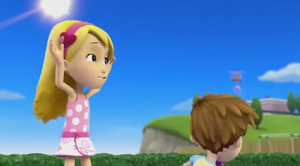 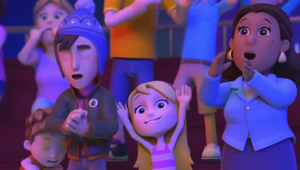 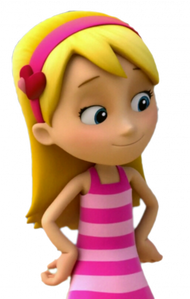 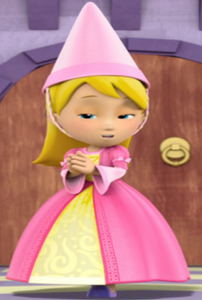 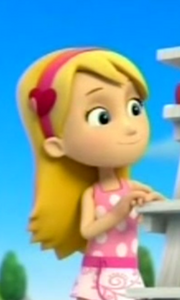 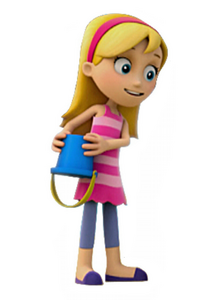