Shopping with Sadie
Dreaming about boys

To win the one hundred-thousand dollars (failed)

She was a camper on Total Drama Island, and was a member of the Screaming Gophers before switching to the Killer Bass. She does not compete in Total Drama Action or Total Drama World Tour, but appears on the Total Drama Aftermaths of both seasons as a commentator. She was seen with the original contestants on a yacht in the first episode of Total Drama: Revenge of the Island.

Katie is most notable for being Sadie's best friend. They do everything together, even wear the same outfits which Katie sews herself. Like Sadie, Katie is a sensitive, cheerful, and kind-hearted girl. She's boy-crazy and when she has grown attracted to someone, she (and Sadie) will fawn over him endlessly. Katie can be considered as the more passionate one between her and her best friend. Her biography states that she "thinks with her heart", in contrast to Sadie who "thinks with her head". This may imply that Sadie could be more logical, whereas Katie has stronger relationships than Sadie. She is shown to have a bad sense of direction, a flaw which produces tragic results. Sadie's label of "The Sweet Girl's Friend" may imply that Katie is more independent and capable of making decisions on her own. However, given her thinking habits, they don't always turn out to be wise. 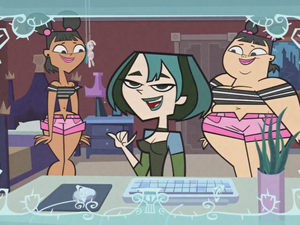 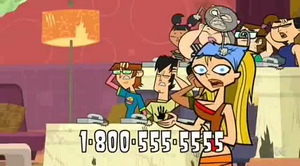 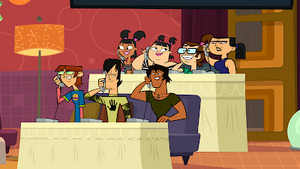 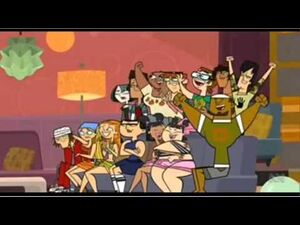 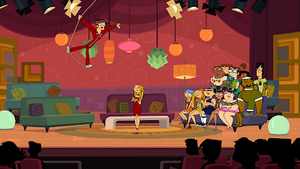 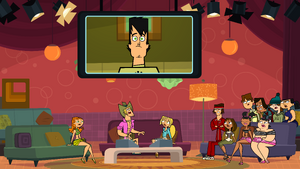 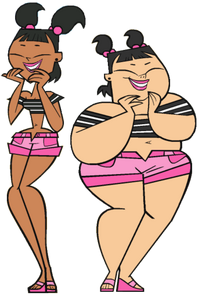 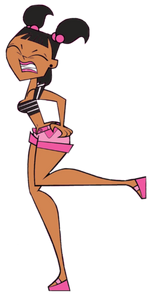 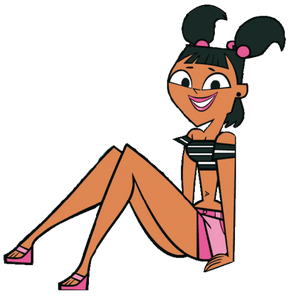 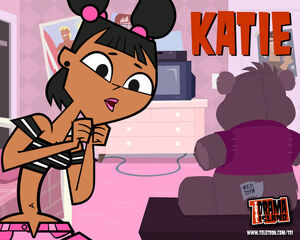 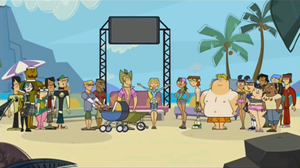 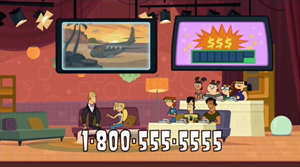 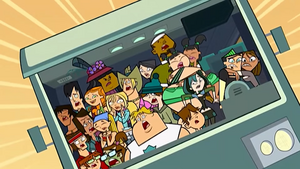 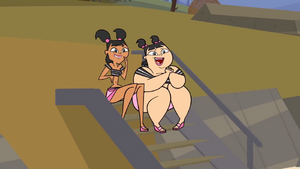 Katie and Sadie dreamily gaze at Justin in the theme song. 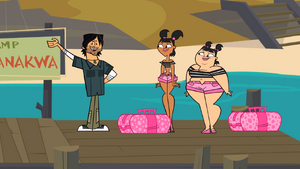 Katie and Sadie come to the island together. 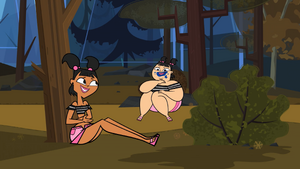 Katie and Sadie after they eat all the blueberries. 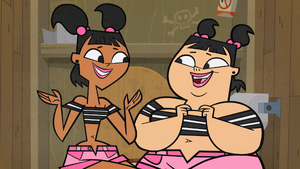 Sadie and Katie are in the confessional together for the first time in The Sucky Outdoors. 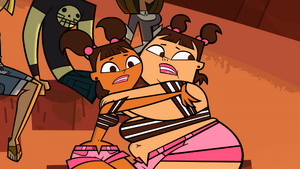 Katie finds out that she is eliminated... 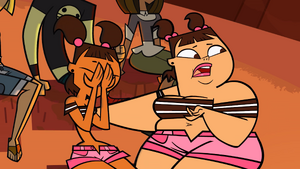 ...and is saddened by the announcement. 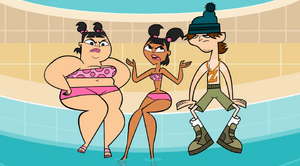 Katie and Sadie talk about Heather's bossy behavior with Ezekiel. 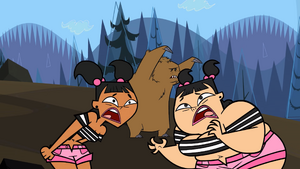 Katie and Sadie are ambushed by a bear.
Add a photo to this gallery

Retrieved from "https://hero.fandom.com/wiki/Katie_(Total_Drama)?oldid=2100392"
Community content is available under CC-BY-SA unless otherwise noted.