To become the number 1 in U.A

Katsuki Bakugo (爆豪勝己 Bakugo Katsuki) is the deuteragonist/ secondary protagonist of My Hero Academia. He is enrolled in U.A. Highschool's Hero Department and is a member of Class 1A.

He is a young boy with red eyes, lightly tanned skin, and spikey ash-blonde hair that sometimes comes over his eyes. He has a slim but muscular build and is usually seen wearing U.A. High's standard male uniform, although he omits the tie and sags his pants in typical 'delinquent' fashion.

His hero costume is composed of a tight, black, sleeveless tank top, with an orange “X” across the middle, forming a v-neck. There are two dots along the left line of his collar, indicating the support company that designed his costume. His costume also has a metallic neck brace worn with rectangular ends that have three holes in each side. His sleeves reach from within his large grenade-like gauntlets to his biceps. His belt, which also carries grenades, holds up his baggy pants with knee guards, below which he sports black, knee-high combat boots with orange soles and eyelets. His mask is jagged and black, and as it goes around his eyes, a large, orange-rimmed flare shape protrudes from each side.

In the winter months, he wears a large jacket with a high collar, rather than the usual tank top, although it does have the same orange “X” design, so he can still sweat a sufficient amount, which is how his quirk  works.

While interning under Best Jeanist, he wore a pair of blue jeans along with his hero costume rather than his usual baggy pants. His hair was also combed during this tenure, and parted to one side.

He sweats a nitroglycerin-like substance from his skin which he can detonate at will, producing explosions which he can use to attack, defend, or maneuver.

Katsuki is a crude, arrogant, short-tempered and aggressive boy, especially at the beginning of the series.This problematic behavior goes all the way back to his early childhood days when he was known to bully Midoriya Izuku when he was younger.  However, after being accepted into  U.A. High School and experiencing several personal defeats, one of them even coming from Izuku, Katsuki has gradually changed into a less antagonistic person.

Determined and thirsty for victory, Katsuki smiles eerily when in the middle of a battle. He is incredibly focused on achieving his own authentic victories and has learned to never underestimate his opponents. Katsuki is very talented at fighting, and is  also very intelligent and extremely perceptive, capable of strategic planning and holding some of the highest grades in his class, to the point that those around him even consider him a natural genius.

Due to the constant praise of his abilities and his powerful Quirk, Katsuki developed a superiority complex, and because of that, he desires to be the first and best at everything. As pointed out by many people, Katsuki loves to win above all else and cannot stand it when he doesn't, leading him to lose his already short temper or, less often, sulk. As such, he is fiercely competitive and will never settle for less than the number one spot. However, Katsuki also values hard work and fair play, and will refuse to acknowledge a winning result if he feels that his victory was not earned fairly. He detests being looked down by others, which normally angers him, and will hold contempt towards those that don't take him seriously, while recognizing the effort of those that manage to put up a challenge against him, like, for example, Ochaco Uraraka, Eijirou Kirishima, and Denki Kaminari. 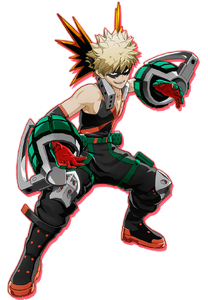 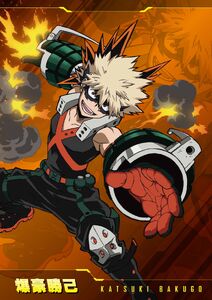 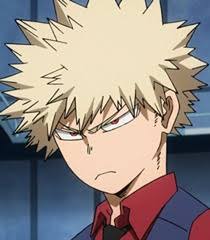 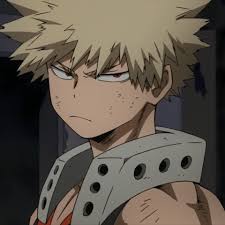 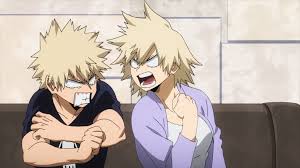 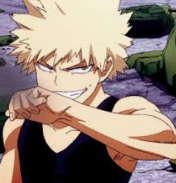 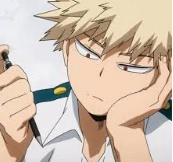 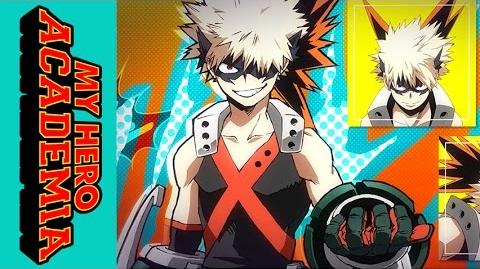 Retrieved from "https://hero.fandom.com/wiki/Katsuki_Bakugo?oldid=1721364"
Community content is available under CC-BY-SA unless otherwise noted.