Girly Mermaid
Kayla is a secondary character in Barbie in A Mermaid Tale series. She is a mermaid who lives the kingdom of Oceana. She and her best friend Xylie own a fashion boutique, where they gave Merliah a mermaid makeover. They have a pet seal named Snouts. Kayla is voiced by Emma Pierson. She has narrow, almond-shaped blue eyes, blonde hair, and a bright blue tail. Kayla and Xylie want to help Merliah and Zuma, so they go to see the Destinies. They are mermaids who can see the future. They hear Eris saying she will destroy Merliah, so Kayla and Xylie sidetrack her, and they go on to meet the Destinies Dee, Deandra and Deanne, who tell Merliah exactly what she needs to defeat Eris: The Celestial Comb, a Dreamfish, and Eris' necklace, which protects her.

Merliah talks to Fallon and Hadley with a device and they find out where the Celestial Comb is: in a cave guarded by large jellyfish. Zuma, Kayla and Xylie try to distract the jellyfish while Merliah and Snouts get the comb. They get it and escape before the cave collapses. Merliah contacts Fallon and Hadley again, and they locate the Dreamfish. It is in the Adenato currents. They get the Dreamfish and then, to get Eris' necklace, Merliah, Kayla and Xylie sing a song Queen of the Waves (but with different lyrics) to her in a festival to distract her. Eris becomes angry and makes a whirlpool to get rid of Merliah, and Merliah gets sucked in.

Merliah asks the Dreamfish for help, and it offers to let her go home and pretend nothing ever happened. Merliah refuses and magically gets a real mermaid tail to replace her fake one. She escapes the whirlpool with her new, strong tail and takes Eris' necklace. Calissa makes more Merillia, and Merliah finds out that Eris couldn't defeat Calissa because Eris is unable to make any Merillia. Eris chases after Merliah and Eris ends up caught in one of her own whirlpools. She is taken to the bottom of the deepest trench in the ocean.

Merliah frees Calissa and Calissa cures the ocean with her Merillia. She also gives her daughter a necklace that will let her be human again, as well as a mermaid whenever she wishes. Merliah goes back to Malibu and wins a surfing trophy. Later, Calissa meets Break, Hadley and Fallon. 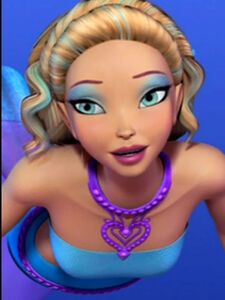 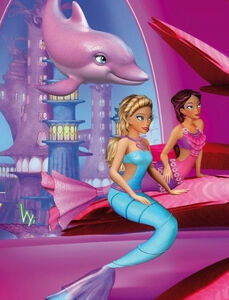 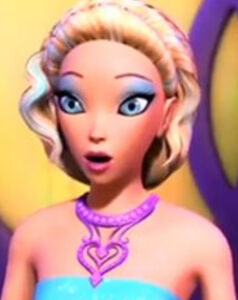 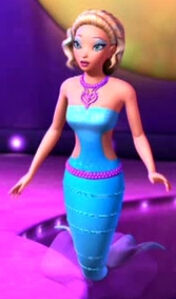 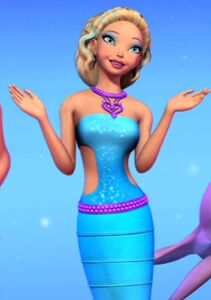 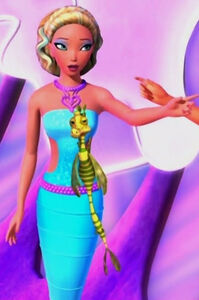 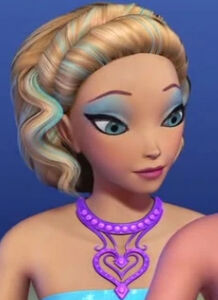 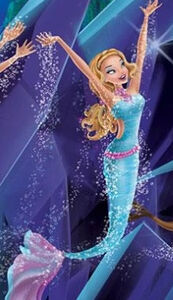 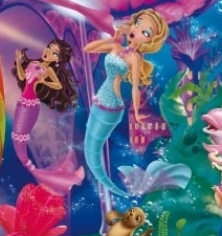 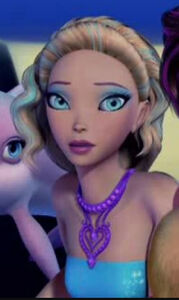 Retrieved from "https://hero.fandom.com/wiki/Kayla_(Barbie)?oldid=1801219"
Community content is available under CC-BY-SA unless otherwise noted.