Anti-Hero
Keiji Maeda (Japanese: 前田 慶次) is a character in the Samurai Warriors series. He is a nephew of Toshiie Maeda.

Keiji is often portrayed as very cheerful man, he made the elegant things and does not about political traitors. He likes to tricked others, but he will believe that only move on the road. Keiji was said to be a mighty warrior of Japan who allowed his possess strength and flexibility. Keiji started as one of Oda officers and thought Nobunaga's approach was too brutal. At this time, Magoichi and Shoukei tried to surrender, Keiji could choose to intercept them and save the remaining rebels from destruction. Keiji dared to harass others and blamed himself for ignoring such behavior, accompanied his master to Nagashino but was bored and uninterested in the new dependence on machinery in the battle.

Before taking a vacation, he seems to promise Yukimura not to waste his life for the lost cause and may be able to make a short confrontation with the young people, and be grateful. When Keiji made Goemon familiar and associative with Okuni, but reluctantly chose a complete hint to deal with Oda for himself. After concentrating, Keiji begged them to withdraw from the battlefield at any time. There was confusion in the capital, Keiji needed to be praise and just wanted to fight with them, but could still go a distance. Keiji would get excited after hearing Kenshin's achievements, also he seek tried to admired himself in Odawara Castle for colliding and facing Uesugi and Hōjō.

After that, Keiji settled to helped the loyalists in the capital to save Mitsunari, so he would joined Uesugi with his best friend Kanetsugu. Maybe his plan to oppose Mitsunari in Sekigahara had long since failed, Keiji could not stand the stimulus and let them pursue Masamune. Despite the obligation to analyze his preservation in Okehazama, Keiji is primary excited about the possibility of oppression. As notice Toshiie's flamboyance throughout the battle, Keiji voluntarily asked Nobunaga to pardon him. The Maeda clan worked together to fight the enemy forces for their lord's access on the capital, the nephew was undoubtedly responsible for their most actions.

When Nobunaga licensed it to Toshiie, Keiji's Meada leadership seat was excited to leaving them once more. Although Keiji was pleasantly surprised by this description, he constantly suggested supporting his uncle's new responsibility and commend him. When Keiji take expediency of Yukimura under another demands and it was able to assigned work with Mitsunari together, which is not a suspicion. Before the war at Hasedō, Keiji has been want to give his own chance and not being diametrically opposed to ones, he should thanks to Masamune and wished him to decisive battle. Keiji understood their proof, but ideally accepted his conduct and Yukimura tried to prevent Nobunaga from sabotaging again. 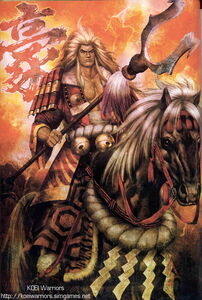 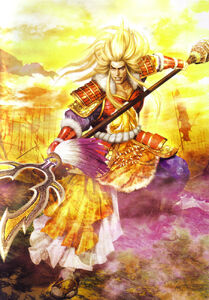 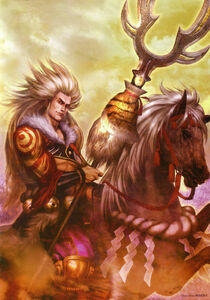 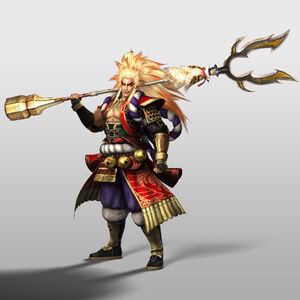 Keiji in Samurai Warriors 4.
Add a photo to this gallery

Retrieved from "https://hero.fandom.com/wiki/Keiji_Maeda_(Koei)?oldid=2019034"
Community content is available under CC-BY-SA unless otherwise noted.