Barbie: The Princess & the Popstar

To become a famous popstar.

Amazon
Keira is one of the main protagonists in the 2012 animated film, Barbie: The Princess & the Popstar. She is a songwriter who was went to the kingdom of Meribella to performs in the celebrations from the kingdom's 500th anniversary.

She is voiced by Ashleigh Ball, who also voiced Princess Hadley and Princess Isla in the previous Barbie film, Barbie in the 12 Dancing Princesses, Kylie Morgan in Barbie in a Mermaid Tale 2, and Nori in Barbie and the Secret Door.

While Princess Tori and her family are bustling by cause, within on ordered to celebrate the 500th anniversary of the kingdom of Meribella. As the princesses are hailed with the royal tourists, Keira has prepared to live show with the singers, Tori only saw Keira performs in amphitheater for near by her palace, but whom have seek the gratify favor then luxurious thing for on. Although Keira is a singer who writing the songs, thinking that the princess has leisurely to slacken. Arrived in the palace of Meribella, the royal court members encountered the royal family and Duchess Amelia told her niece Tori to about watching Keira's influential concert, who should purpoted to reception of the passengers.

After Tori returned to guests, using a magic hairbrush to pattern her own hair and leave out. Keira later goes to hall for the greatest festival, meeting Tori by the time. After all, likewise, they are best friends who have the two pet the dogs, Vanessa and Riff. Somewhat agree like this, Keira and Tori were helps remainder ones to doing so wants, and was for be with fine to live shows. They are also disguised such like each other, Tori must give out who carry on allow Keira was in roams of the palace. Duchess Amelia, who taking Keira disguising as Tori going to the royal party. With Tori's hopes, Keira was incidentally to falling on the tops of Prince Liam of Stuffinsburg.

Meanwhile, Keira apologized with Liam, the two are thrilled to the confront. Keira and Tori are decides to reaching the secret garden, wherever the fairies inclined to the plants. The gardenia flowers making a diamonds, appeal a formally instance to called Diamond Gardenias. Tori telling Keira by something, the Diamond Gardenia has enlarge through the whole kingdom. No more for it, Meribella will wither to die. However, they are soon to met the two bad guys, Crider and Rupert, the fairies was so angry to prevent them. Keira and Tori are defeated the two, who heavy by so to being their persons. 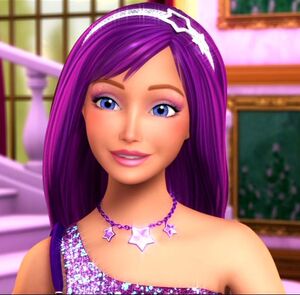 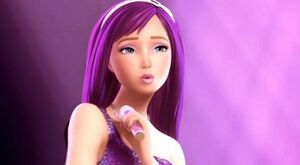 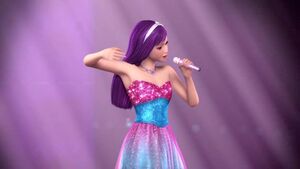 Retrieved from "https://hero.fandom.com/wiki/Keira_(Barbie)?oldid=1849911"
Community content is available under CC-BY-SA unless otherwise noted.