Uesugi Kenshin, the God of War. This character perfectly embodies the nickname given to him: he is an extremely fast and powerful warrior, and a cunning tactician. His historical rivalry with Shingen Takeda was preserved in the game: Kenshin considers him as his fated rival, and the man that gives him the highest thrill in battle. His attitude and words towards Shingen at times leave strong suspicions of an interest bordering on romantic affection, but this is simply caused by Kenshin's flowery and somewhat effeminate speech. In fact, a great influence upon the creation of this character is the Takarazuka Revue theatre company, and particularly the type of actresses portraying male roles. Kenshin might look effeminate, and speak in soft and courteous tones, but he isn't someone to be taken lightly. In the game itself he is quite feared by other characters, and always considered a superb match. Along with the aforementioned Shingen and Yoshihiro Shimazu, Kenshin is probably the best commander in the cast, storyline-wise. He is also a fervent believer of Buddhism, especially the God of War Bishamonten (he is even referred to as "Avatar of Bishamonten" sometimes), and stands in defense of the people when they suffer attacks by samurai.

His relationship with the kunoichi Kasuga too reflects a Takarazuka staple, the rapport between upper- and underclassman. While she more or less overtly displays her affection for him, he treats her kindly and lovingly, but always with cool detachment. He is sadly demoted to NPC for Sengoku Basara 3, but can be unlocked as an ally after being defeated by using Yukimura Sanada.

Kenshin's relationship with Kasuga has ended due to him deciding to move his mind to taking care of his people that he hadno time for her.Their relationship got worse when Kenshin took in his older half older sister Aya-Gozen who had became a widow and decided to adopt Aya's son Kagekatsu after Aya persuaded him to.And because Kenshin began spending more time with Aya who was helping him in politics and helping him take care of the people of Echigo and opening the Buddhist nunnery to help the orphaned children of the fallen Uesugi soldiers,He even began to favor Aya over Kasuga due to the fact of the two growing up together,And when that night when Aya hugged Kenshin when he was 9 and she was only 16,Kenshin wanted Aya to stay and to never leave Echigo. 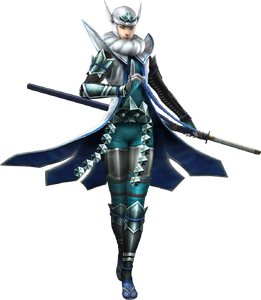 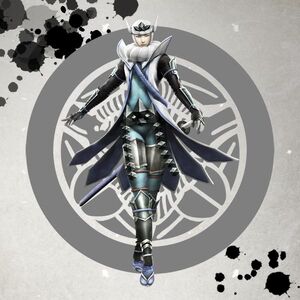 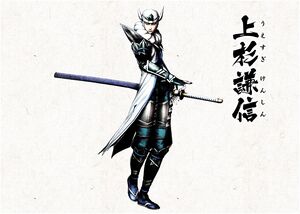 Retrieved from "https://hero.fandom.com/wiki/Kenshin_Uesugi_(Sengoku_BASARA)?oldid=2272920"
Community content is available under CC-BY-SA unless otherwise noted.