Fist of the Blue Sky

Ally of the Qīng Bāng

Reading
Playing the pianoSpending time with his wife

Kenshirō Kasumi, also known by his nickname Yánwáng, is the main protagonist of Fist of the Blue Sky, the prequel manga and anime series to the iconic Fist of the North Star franchise. He is the 62nd successor of Hokuto Shinken, the older half brother of Ryūken and the namesake and uncle of Kenshiro.

In the anime, he is voiced by Kōichi Yamadera who has provided the voices of Spike Spiegel from Cowboy Bebop, Jubei Kibagami from Ninja Scroll, Ryoga Hibiki from Ranma ½, Togusa from Ghost in the Shell, Donquixote Rosinante from One Piece, and Beerus from Dragon Ball Super.

In contrest to his nephew's perpetually stoic countenance, Kasumi is a laid back, easy going man well known for his sarcastic attitude. However he also retains the stoic persona which would be eventually seen in his nephew.

The 62nd successor, Kasumi is the master of Hokuto Shinken an ancient Chinese martial art, dating back 1,800 years from China. based around assassination and passed on only from teacher to student. Its power is based around targeting and hitting the 708 Keiraku Hikō (or pressure points) in an opponent's body, channeling energy into them, and through that, manipulating their movements. These pressure points can be used to control an enemy's body, in ways such as forcing them to move or destroying them from the inside with an explosion, or they can be used for healing, such as in the restoration of someone's memories, eyesight, or voice. 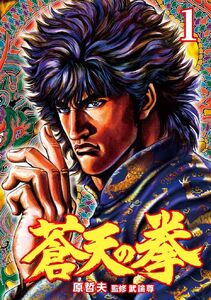 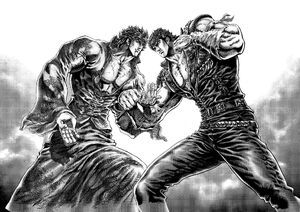 Kasumi with his nephew, Kenshiro. 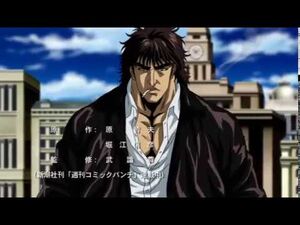