Comedic Big Good
Kent Brockman is one of the main characters on TV series The Simpsons. Kent Brockman is a giournalist of Channel 6 form the city of Springfield. He is also Stephanie's husband and Britney's father.

Kent Brockman represents the worst of his profession: frequently judgmental; careerist to the point of absurdity; and more than willing to film and sensationalize a schmaltzy, emotion driven puff piece for the sake of a few extra ratings points. (As with most Simpsons characters, Brockman's ethics and competence vary according to the needs of the episode.) Also he has conflicting personality traits one minute he claims to be a typical robust male who loves his steak and beer and yet he also has claims to be sci-fi geek who is a member of the Battlestar Galactica fanclub (The new one. not the old one). He has been seen throwing tantrums because he cannot find certain snack foods, and once blithely announced on-the-air that the boom operator on his news program was being fired the next morning (for which he took a clout on the head from the angry soon-to-be-ex-employee). He seems to command excessive levels of power within Channel 6, even having a segment of the news program to air his own (usually highly reactionary) opinions on current issues called My Two Cents. His comments and views on people with mental illness has also not gone down well,saying in online sports forums that he is on his'"two tablets a day and doing fine"Which was meant as a put down to people with such conditions. Despite all of this,he has won a string a media awards, but is most proud of his unspecified trophy from Del Monte. He was also a war correspondent during the Vietnam War, the Soviet war in Afghanistan, and the Gulf War (although, as he just says "Iraq", he could have been referring to the Iran-Iraq War). He also frequently uses botox, having a saggy face without it.and is also balding rapidly.

Brockman has a preteen daughter and a preteen son, and has jealously mentioned his sister, who is a White House correspondent for CNN. Brockman owns a collie named Jessica, whom he had "fixed", and drives a blue Mercedes-Benz S420.

It is suggested that Kent is an alcoholic, unsympathetic and not understanding of what some people have been through in their lives also can be a very resentful person when criticized and tends to hold grudges against people who have wronged him in the past even though they have apologized for their actions.And apologies have been accepted by him. after he was seen present at Barney's A.A. meeting in Days of Wine and D'oh'ses.

Brockman once won the multi-million-dollar ($130 million) state lottery jackpot and left the news desk while still on the air, but he remained a news anchor because he was under contract, though he also admitted that he likes making $500,000 a year.He also has an ongoing feud with traffic reporter Arnie Pye, and has been shown to criticize Pye's reporting; indeed, he once chuckled sadistically upon hearing the news that Pye had been killed in an accident. He mentioned to Pye that he made some smart investments when Arnie complained about the size of Brockman's house.

He is known for using news-speak in everyday language; for example, he shouts "This just in: Go to hell!" when he is booed by the crowd when he is revealed to be one of the celebrity judges in the "Bout to Knock the Other Guy Out" final match between Homer Simpson and Drederick Tatum. It was revealed that his 'wit' is provided by a microphone, ear piece and a communications team in a nearby van.He has been seen, more than once, stretching his face and removing wrinkles by clipping a clothes-pin to the back of his head. In addition to his news career, Brockman writes a column for  PCMagazine called "Making the Most of Your Modem." Brockman is revealed to have a 'thing' for bondage. It is implied that he may be a heavy smoker, as he was seen smoking a cigarette and saying "Oh God, I love to smoke" afterwards [presumably on camera, given his reaction afterwards] before announcing his live broadcast of the opening day of the new Cosmic Wars movie: The Gathering Shadow. One time, he hired an accountant to take care of his taxes, but the accountant in question did not do the taxes until the last possible moment, a fact that Brockman did not realize until he was doing a live news broadcast on Tax Day. 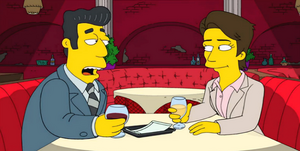 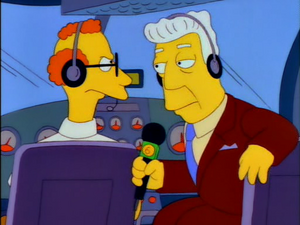 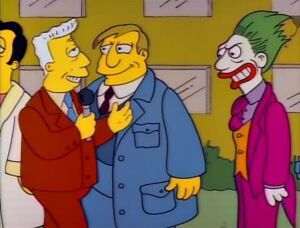 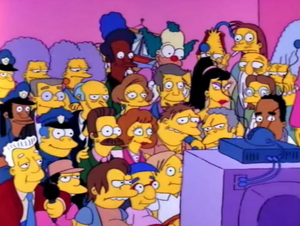 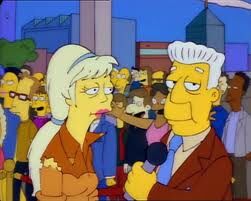 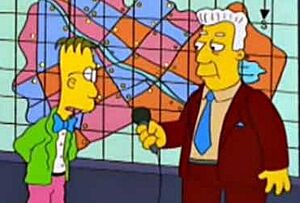 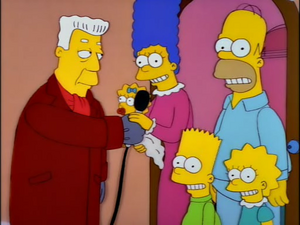 Kent Brockman in "The Simpsons Movie" 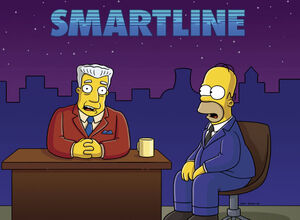 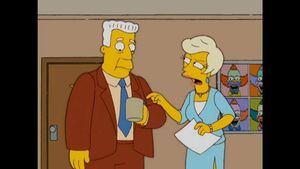 Kent in the episode "You Kent Always Say What You Want"

Kent in "The Simpsons: Tapped Out" 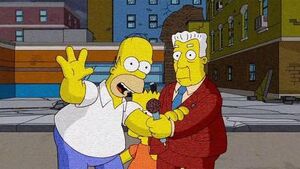 Kent in "The Simpsons Game" 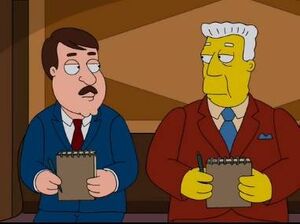 Kent with Tom Tucker in "The Simpsons Guy" 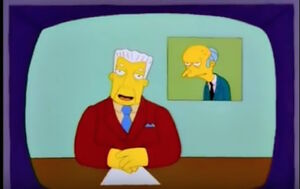