Member of the Sword of Logos (formerly)

Seal all the Sacred Swords to prevent the world from its destruction. (Formerly)

Kento Fukamiya is one of the main protagonists of Kamen Rider Saber. He is a 24-year-old former member of the Sword of Logos who initially transformed into Kamen Rider Espada, before he was sealed away by the Ankokuken Kurayami's dark power. After being forced to bear witness to multiple timelines all leading to the world's destruction, he re-emerged from the darkness as the third Kamen Rider Calibur (仮面ライダーカリバー, Kamen Raidā Karibā) in order to seal all the Seiken away and as well as prevent the world from its destruction. After reuniting with his father, Kento took up Ikazuchi once again as Espada.

He is portrayed by Ryo Aoki.

Kento Fukamiya was born as the son of Hayato Fukamiya in Wonder World. In his childhood, he was friends with Touma Kamiyama and Luna.

During a major conflict, Kento faced the worst part of his life, when his father died, and Touma and Luna went missing.

After Touma and Rintaro won against the Megid duo, Kento arrived at Fantastic Bookstore Kamiyama atop his magic carpet and greets his childhood friend Touma, though the latter has no recollection of him.

When Touma and Rintaro were attacked by Kamen Rider Calibur, he suddenly appears, blocking the latter's attack before escaping

During a battle against Daichi Kamijo, Kento was no match to Calibur Jaou Dragon and was defeated by his opponent. During their duel, Daichi claimed that Kento's father was indeed a traitor and was killed by him, although did not clear why he had Ankokuken Kurayami with him. By the time Touma regained his memories and rushed to Kento's side, Kento fell unconscious in his friend's arms as he was greatly hurt by Daichi's attack

Even after Touma acquired the power of Dragonic Knight and defeated Calibur Jaou Dragon, Kento was still left weak from protecting his friends from Calibur's earlier attack. Eventually, while surrounded by his fellow swordsmen, his body disappeared into a dark miasma while his soul got sealed into the Ankokuken Kurayami.

When Touma himself got sealed within the Ankokuken Kurayami, Kento's spirit appeared by his side and helped break him free of the sealing.

After Calibur was defeated by Touma and killed by Desast, the Jaken Caliburdriver somehow found its way to Kento along with Calibur's Wonder Ride books. While in the darkness, Kento experienced visions from the future of the world being destroyed once the Megid obtained all the Sacred Swords and united them and, seeing no future where this was averted, came to believe the only way to save the world was to destroy all the Swordrivers before their power could be misused. Becoming the third Kamen Rider Calibur, Kento escaped the darkness and set out to face each of the Riders of the Sword of Logos.

He appeared after Touma was overtaken by the power of Primitive Dragon, defeating him and knocking him out of his transformation before leaving.

He later appeared again when Touma became Primitive Dragon during Kamen Rider Sabela's fight with Buster and Slash, again reverting Touma's transformation into Saber. This time though, the recoil led to him canceling his transformation and revealing his true identity to the Kamen Riders.

After leaving the Riders with some ominous words, Kento departed. He later appeared again during another clash between Sabela and Touma's to destroy their blades. Touma tried to reason with Kento, to which Kento explained his motives but refused to cooperate with them in finding another path. He then became Calibur Jaou Dragon and battled Buster and Slash, destroying Slash's blade before leaving once more. 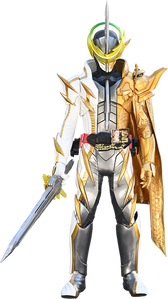 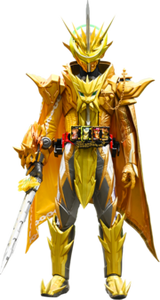 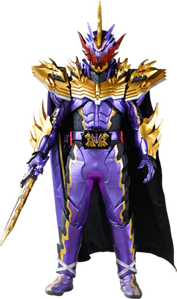