He is voiced by Alberto Ghisi.

Kevin enjoys Krypto's company greatly, and is able to communicate with him and the other animals in the series thanks to a universal translator device.

Later, Krypto is adopted by Kevin Whitney, a 9-year-old boy, with whom Superman arranges for him to stay (as Superman himself is often too busy saving the world to take care of him).

In the series, he helps Krypto and acts as sort of a human sidekick, often accompanying the dog on adventures. During these adventures, he meets the Dog Star Patrol and Ace the Bat-Hound.

He also has a little sister named Melanie, who refers to Krypto as "Kippo."

He is best friends with his next door neighbor, Andrea Sussman, the owner of Streaky.

He lives in the suburbs of Metropolis and goes to Superman Elementary School. 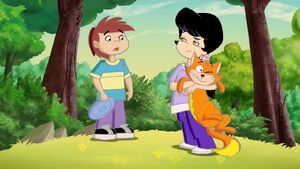 Kevin first met with his future wife Andrea Sussman at the Metropolis Park. 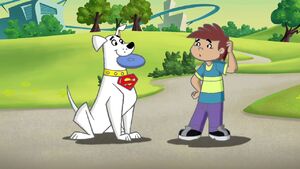 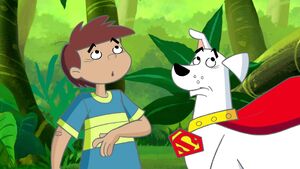 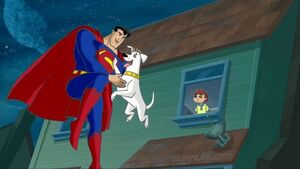 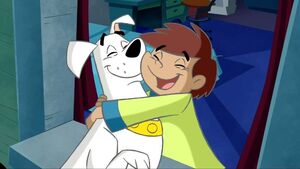 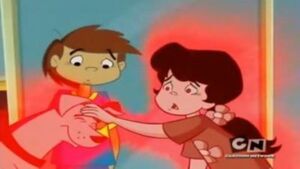 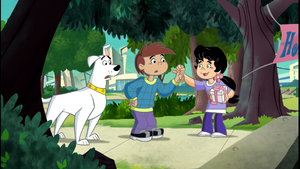 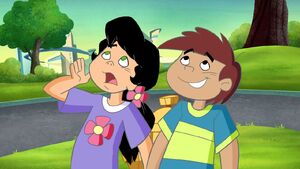 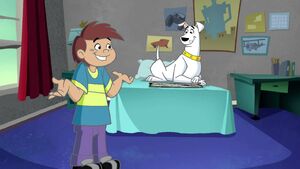 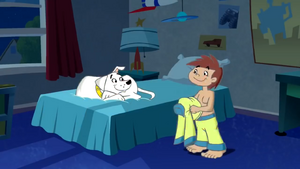 Kevin Whitney & Krypto are getting ready to sleep.
Add a photo to this gallery

Retrieved from "https://hero.fandom.com/wiki/Kevin_Whitney?oldid=2106040"
Community content is available under CC-BY-SA unless otherwise noted.