Heroes Wiki
Register
Don't have an account?
Sign In
Advertisement
in: Articles under construction, Spoilers, Mastermind,
and 39 more

Egyptian God of the Moon

God of the Moon

God of the Night Sky

Remain having control over Marc's body.
Kill Arthur Harrow and Ammit (all succeeded).

Khonshu is the deuteragonist of the 2022 Marvel Cinematic Universe superhero Disney+ series Moon Knight. He is the Egyptian God of the Moon and Night Sky, who become the host of Marc Spector, turning him into Moon Knight, the fist of vengeance and traveler of the night.

Prior to Marc, his avatar was once Arthur Harrow, but was betrayed when Arthur converted his allegiance to Ammit, forcing Khonshu to ensure Arthur does not succeed in releasing her. After defeating Ammit and having Marc seal her in Arthur, Khonshu fulfilled his deal by freeing Marc and Steven from servitude. He was then able to track down Arthur in a hospital and have him be killed by his new avatar, Jake Lockely.

He was portrayed on set by Karim El-Hakim while being voiced over by F. Murray Abraham. 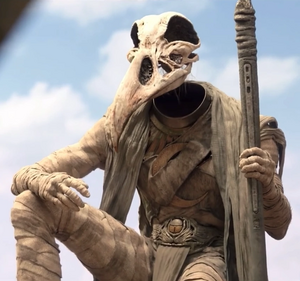 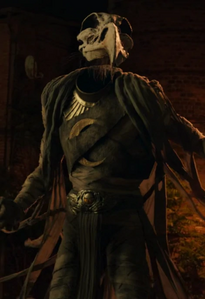 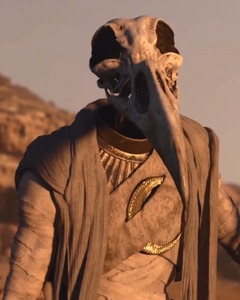