Heroes Wiki
Register
Don't have an account?
Sign In
Advertisement
in: Kids Next Door Heroes, Kids, Cartoon Heroes,
and 8 more

The Kids Next Door, or the KND for short, is a global organization composed of 5-to-12 years old, military-styled trained children who battle evil teen-to-adult tyranny for other kids and their pleasure, in the animated series Codename: Kids Next Door. The current age of the KND, the seventh age, was founded by Numbuh 0, after he discovered the legendary "Book of KND" that contains all stories of KND operatives' stories for their adventures. The organization's purpose is to protect kids from evil tyranny from people over the age of 13 and up, but they only battle evil adults, as stated in Operation: M.A.T.A.D.O.R. and Operation: A.M.I.S.H.. Almost all members' codenames are numbers, spelled "Numbuh". It was revealed in Operation: C.A.K.E.D.-F.I.V.E. that in the 19th Century KND, girls were not allowed in the organization at that time until Numbuh 999 was the first girl to be inducted into the KND in the 20th Century and many more girls were inducted as well.

Cadets (usually kids at the age of 5, 6 or 7), referred to as Cadets Next Door, are trained by Numbuh 60 in the Kids Next Door Arctic Base. After they graduate on the Moonbase and pick a number for a codename, they put their DNA (booger) into the KND Code Module and KND Super Computer, and are assigned to a Sector, probably the closest to where they live. When twins join the Kids Next Door, they can choose to share a codename number instead of having to choose a different one, but are usually differentiated by a and b in their codenames. Due to the limited age range of KND service, there is no known objection system that prevents operatives from using legacy names, considering the fact that Sector V was not the first sector in the KND and likely not the first in its generation to take the codenames of Numbuhs 1-5.

KND are split into Sectors around the world and most sectors comprised of older members live in their bases, which are gigantic Treehouses outfitted with hulls from boats or sections of large buildings. The most important base is the Kids Next Door Moonbase Headquarters, and the second most important base is the Deep Sea Science Lab. The names of the Sectors are letters, such as Sector C or Sector J. Usually, the letter of a Sector corresponds with their location in the world, like Sector C is located in China and Sector I is in India.

Some sectors that specialize in certain tasks are given mulch-lettered code names, such as Sector HH, where HH stands for "Haircut Headquarters." The only base that doesn't follow the treehouse norm is the Moonbase. Due to the moon not supporting plant life, the substitute for its flexible tree-like structure are pink mounds of radiated duct tape.

Each Sector's Treehouse, save for Sector A, has a standard of embedding 2x4 technology into the scrapyard sections that form the exterior, usually to serve as a cover for the defense systems. The trees themselves have also shown to be hollowed out to make room for the treehouse's ground entryway and the wiring. Unlike actual military bases, if a Sector would be decommissioned or the Sector's leader becomes a KND fugitive, Numbuh 86 has the authority to confiscate and repurpose the whole base by severing its trunk and carrying it away. 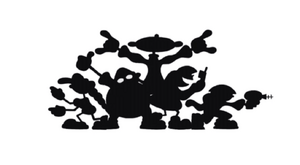 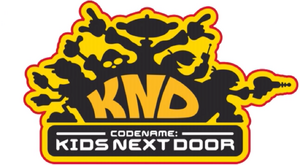 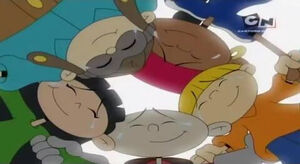 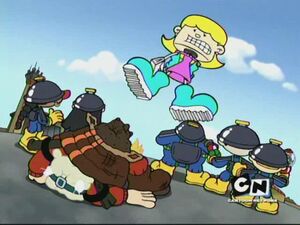 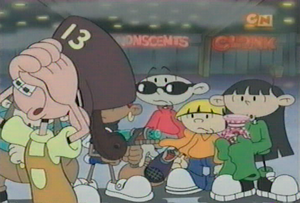