Kilik is a character from the Soul Calibur video game series. His weapon of choice is a bow staff that he is able to do multiple attacks with. He is shown in the sequels of the games to be friends with Maxi, Seong-Mina, Xianghua, and other characters like Talim. In Soul Calibur IV he devoted his entire being to destroying the Soul swords, in an effort to bring peace to the world, and for himself. This carried over to Soul Calibur V, where he now trains as a mimic fighter, like his master before him.

Kilik was orphaned at a young age and taken in by a group of Shaolin monks in somewhere in mainland China. Kilik trained as one of the monks for years, learning Kung-Fu and spiritual balance. One day the monks were exposed to a piece of the legendary evil blade known as the Soul Edge, the blade's evil caused the monks to slaughter each-other in a fit of madness. Kilik was the last surviving monk and came back to his senses once the piece of soul edge had moved on. After Kilik mourned for his fallen brethren he swore to travel the land, find the Soul Edge and destroy it to ensure it's evil never harmed anyone again. Kilik wears a small charm around his neck as a memento from his order's temple and endowed it with spiritual powers to prevent himself from being corrupted by the Soul Edge again. In his travels he came upon Maxi and Xianghua, who also both seek to destroy the Soul Edge and the three often travel together on their quest.

Kilik is stoic, disciplined and due to his past is very wary of the Soul Edges power and constantly trying to reenforce his mind and spirit to prevent from ever being influenced again by the cursed sword. Xianghua seems to have a very apparent crush on Kilik but Kilik seems completely unaware of her feelings, seeing her as nothing more than a good friend. In Kilik's ending sequences he either destroys the Soul Edge or locks it away and spends the remainder of his life making sure it remains hidden. 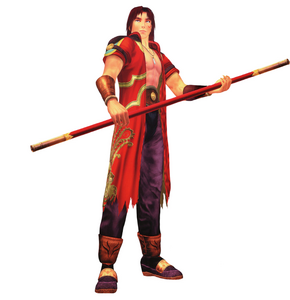 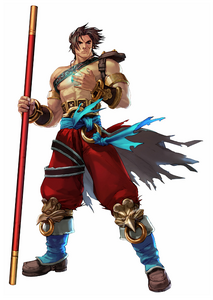 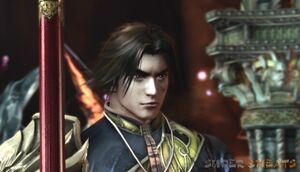 Retrieved from "https://hero.fandom.com/wiki/Kilik?oldid=1824535"
Community content is available under CC-BY-SA unless otherwise noted.