Heroes Wiki
Register
Don't have an account?
Sign In
Advertisement
in: Female, In Love, Movie Heroes,
and 21 more

She was portrayed by Winona Ryder, who had previously played Lydia Deetz in Beetlejuice and later voiced Elsa Van Helsing in Frankenweenie, both movies directed by Tim Burton, Veronica Sawyer in Heathers and Joyce Byers in Stranger Things.

She wasn't seen until she comes home after camping with her friends and discovers her mother has invited Edward Scissorhands, a creation who was invented by a scientist to live with them.

Due to the fact that Edward was never completed, instead of hands, he has scissors in their place (hence his name).

Although when Edward first sees Kim, he falls for her beauty right away, Kim is at first afraid of Edward and wants nothing to do with him.

So, she decides to spend with her boyfriend Jim which causes Edward to be jealous.

Later, Edward goes on to be famous with his unusual hands by making a good hairstylist. He goes on many talk shows and has many interviews.

One day, while watching him on TV with her younger brother and Jim, Kim begins to see Edward for what he really is: a kind creation who wants to be gentle with people and be their friends.

Later, Kim begins to fall in love with Edward and stands up for him when Jim mocks his hands. One night, Jim tricks Edward into robbing a house and drives away while the police come, despite Kim begging for them to go back.

Due to this incident, Edward begins to lose his good reputation and begins to be feared. Then, Kim becomes angry at Jim for not turning back that she breaks up with him.

While Kim's family is setting up for Christmas, Edward carves an ice sculpture, whose shavings create it to snow which Kim dances under.

Later, Jim sees this and realizes that Kim has feeling for Edward. He becomes full of anger and jealousy, believing that is why Kim broke up with him and plans for revenge on Edward.

He calls for Edward which makes him accidentally scratch Kim. Then, Jim tells the townspeople that Edward did this on purpose and he's dangerous. The people believe him and form an angry mob against Edward.

Then, Edward runs to the mansion which he was created in. Later, Kim follows him.

Then, they confess their love for each other, only to be interrupted by Jim who has a gun, attempts to shoot Edward and assult Kim.

Then, Edward stabs Jim and throws him out the mansion to his death. Then, Kim and Edward kiss goodbye and Kim lies to the angry town people telling them that Edward is dead as he and Jim killed each other off.

The towns people leave, saddened by Jim's death, but happy, thinking Edward is dead. Only Kim knows the truth.

An elderly woman, who is telling this story to her granddaughter, reveals that she was Kim who she never seen Edward again ever since that night.

Then, she reveals that she don't visit him since she's an old woman and want him to remember her on her youth. She also believes Edward is still alive and he's the reason that it still snows. She also admits that she still occasionally dances in it, smiles. 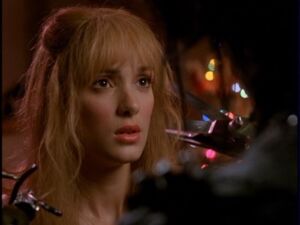 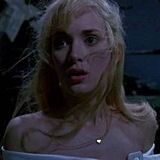 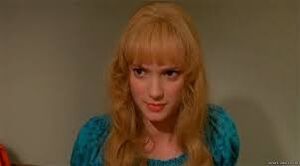 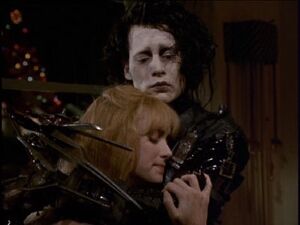 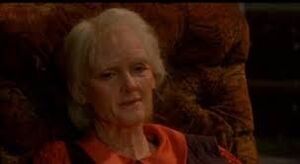 Kim as an old woman 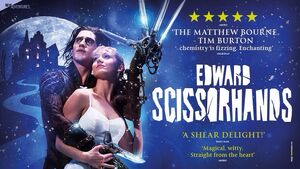 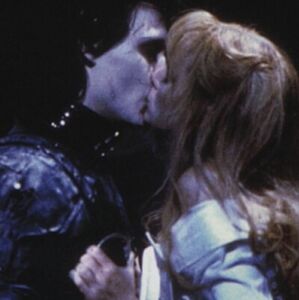 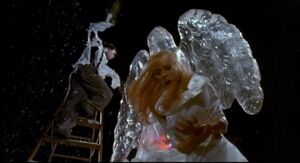 Kim got hurt by getting a cut from Edward 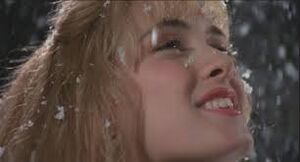 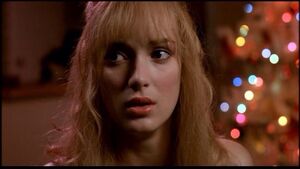 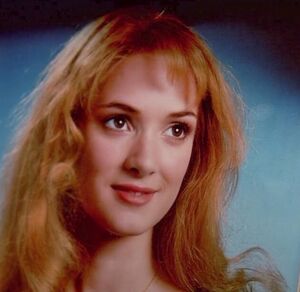 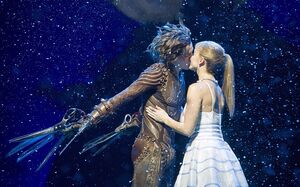