Kim Diehl is one of supporting characters of Soul Eater. Her weapon partner is Jacqueline O'Lantern Dupré.

She is voiced by Chiwa Saitō in the Japanese Version and Caitlin Glass in the English Version.

She have green eyes and pink hair.

Kim has a tendency to bully fellow students by charging them money while performing tasks for them. She is the object of fellow student Ox Ford's affections, though she is often annoyed by his romantic advances. She is later revealed to be a tanuki witch who possesses regenerative powers, allowing her to heal both herself and others when injured, going against the typically destructive nature of other witches. In Soul Eater Not!, Kim is shown to befriend Jacqueline, one of her bully victims, after the latter discovers her witch identity and helps keep it a secret. In the main series manga, Kim's identity is exposed by Medusa, causing her and Jacqueline flee DWMA together and reluctantly join Arachnophobia for protection. They are brainwashed into serving the organization, but are later returned to normal by Ox and Harvar and allowed to return to DWMA. 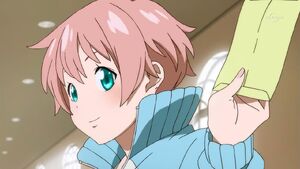 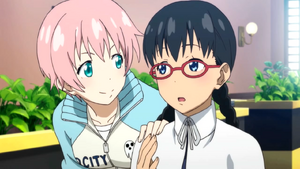 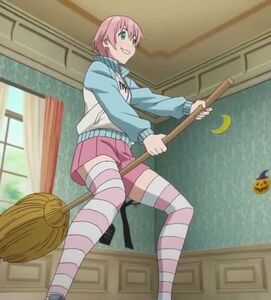