Heroes Wiki
Register
Don't have an account?
Sign In
Advertisement
in: Outdated Articles, Anime Heroes, Friend of a Villain,
and 36 more

Relaxing on his pillow.

Harlequin, also known as King, the Fairy King, or the Grizzly Sin of Sloth, is one of the main protagonists of the anime/manga/light novel series The Seven Deadly Sins. He is a member of the Seven Deadly Sins, the king of the Fairy Realm, and husband of Diane. His Sacred Treasure is the Spirit Spear Chastiefol, which he uses in conjunction with his inherent power, Disaster.

He is voiced by Jun Fukuyama in the Japanese version of the anime, and by Max Mittelman in the English dub.

King's fairy form resembles a young boy with short brown hair, a high forehead, thin eyebrows, and brownish-orange eyes. He wears a long orange and aqua sweatshirt with a hood and navy blue sleeves, quarter-length navy blue pants, and short boots with large buttons matching his hoodie. He also carries a green leopard pattern pillow which is actually a transformation of his spear Chastiefol. Despite being a fairy, he has no visible wings.

In his human form, he looks almost exactly like his wanted poster; large, fat and more ragged, perhaps hinting at how humans look to fairies. He wears an enlarged version of the clothes he wears as a fairy, though he can freely change the clothes he wears in this form.

Ten years ago, he wore full-body light green armor with a helmet that fits the size of his human form. King's wanted poster depicts him as a big man with short hair, sideburns, a button nose, and a sneer. His Seven Deadly Sins Grizzly symbol is located just above his left ankle, on the outer side of his lower leg.

After the Kingdom Infiltration arc, King added Helbram's Love Helm helmet attached on the hood of his jacket.

After switching bodies with Drole and Gloxinia and going back in time, King wakes up with tiny wings sprouting on his back that resemble those of a fairy.

In his first appearance, he is shown to be an ally to the Holy Knights and is willing to wipe out anyone who gets in his way along with the person he is after. Since he is the Sin of Sloth, he is shown as somewhat lazy, preferring to levitate in most occasions. In the past, he was shown to be a compassionate character who returned stuffed animals stolen by Ban to children. Furthermore, it appears that he is an emotional person who cries easily. King has trouble admitting his affection for Diane. Although he enjoys being with Meliodas and Diane, he could not bring himself to express it. He cares deeply for his sister, Elaine, as shown when he was willing to take revenge for her death by "killing" Ban.

King is also shown to have a caring side. He helps the Seven Deadly Sins in their battle against the Holy knights, although he claims it is merely for Diane. Despite being the Sin of Sloth, he is hard working and serious at times. When King joins the group, he starts to act like the only rational one in the group, and questions his teammates' erratic and slightly insane actions, such as their nonchalance about losing their sacred treasures.

When forced to do something he dislikes, King can easily be motivated if it will make Diane happy. Despite King's kind personality, he is not against killing someone, if pushed to his limits. King was willing to kill Guila and Jericho if they continued to attack him, but was unable to after Helbram saved the two. 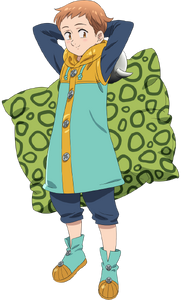 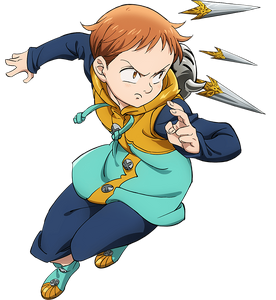 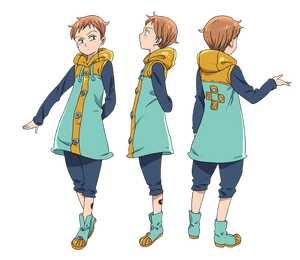 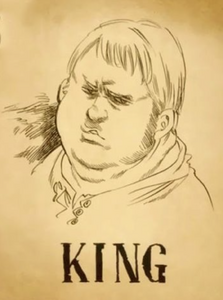 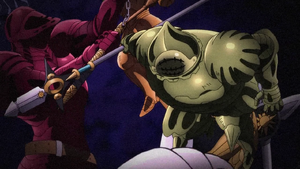 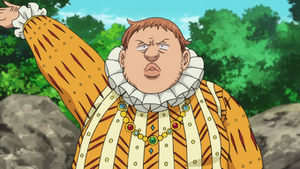 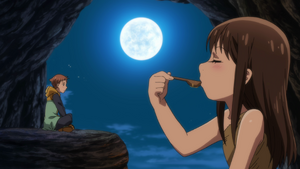 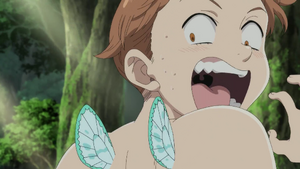 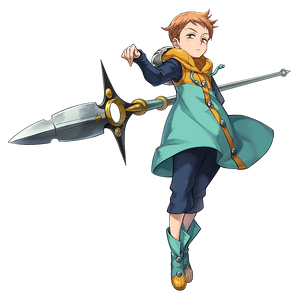