King of the Apes

Control over all monkeys

Become a man and learn how to make fire.

King Louis Lamount, better known as King Louie, is a supporting antagonist in the 1967 film The Jungle Book and one of the main characters in it's 1996-1998 prequel series Jungle Cubs and the films 1990-1991 spin-off series TaleSpin. He is an orangutan who wishes to become a man.

As an adult, Louie is voiced by the late Louis Prima in the film and Jim Cummings (who also voices Winnie the Pooh, Tigger, Darkwing Duck, Taz, and Pete) in other media and Jason Marsden (who also voices Max Goof and Kovu) and Cree Summer as a child in Jungle Cubs.

After hearing that a man-cub named Mowgli is in the jungle, Louie sends his monkeys to bring him to his palace made out of ruins which they succeed. After Mowgli is brought to him, Louie makes a deal with him saying that he will help him stay in the jungle if Mowgli does something for him in return which the boy agrees to. Louie then starts to sing I Wanna Be Like You where he tells Mowgli that he wants to be a man and wants to know how to make Red Flower (Animal talk for Fire) but due to not being raised by other humans Mowgli does not know how to make it and when he says this to Louie, the orang-utan thinks he's just kidding. Just then Baloo and Bagheera arrive to save Mowgli, so Baloo dresses up as a female orang-utan to distract Louie and the monkeys but his disguise falls apart and a fight breaks out and the palace begins to fall apart but luckily Mowgli, Baloo, and Bagheera manage to escape. Louie is not seen again in the film.

Louie doesn't appear in this film as according to Baloo he is "splitsville" instead a shadow puppet of him appears at the start of the film. Louie's palace appears where Baloo takes Mowgli to party with the other animals and it is shown that the monkeys still live there and are now friendly to Baloo.

Louie appears as a supporting character in this series were unlike the first film he is on good terms with Baloo and is his best friend. Also unlike the film, Louie acts more like a human as he is seen wearing clothes and owns and works in a bar.

Louie appears as the main character in the prequel series to the film where he like the other animal characters is shown as a child. He is once again seen as Baloo's best friend and is shown to have also been friends with Shere Khan and Kaa. He is also shown to have two younger cousins named Benny and Clyde.

Louie makes a few cameo appearances in the series. He was meant to appear in the episode King Larry Swings In but was replaced by his twin brother Larry. This was because the widow of Louis Prima (who voiced Louie in the film) sued Disney for the unauthorized use of her late husband's voice. 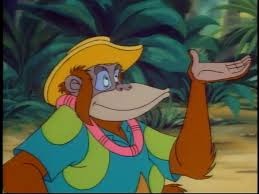 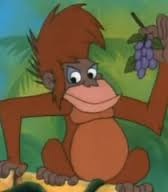 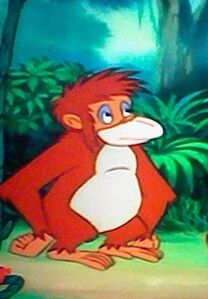 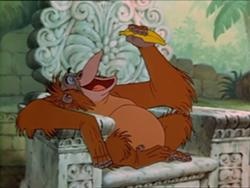 Louie in The Jungle Book 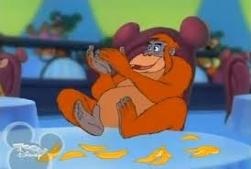 Louie in House of Mouse 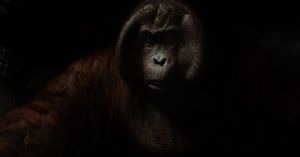 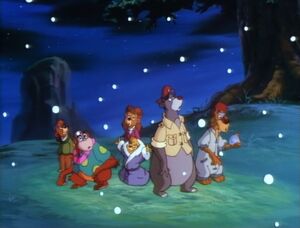 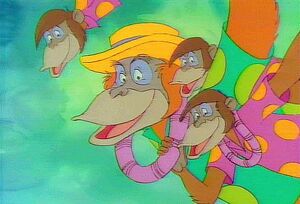 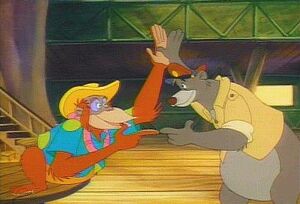 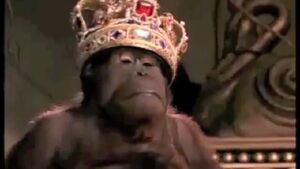 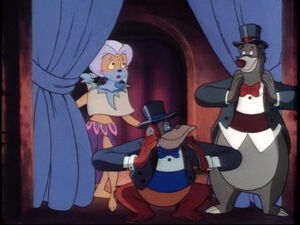 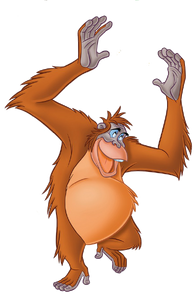 Retrieved from "https://hero.fandom.com/wiki/King_Louie?oldid=1913777"
Community content is available under CC-BY-SA unless otherwise noted.