Stop his cousin Duchess Rowena from taking over the kingdom and poisoning him (succeeded).

Reunited with his daughters (succeeded).

King Randolph is the father of the 12 princesses in the 2006 animated film, Barbie in the 12 Dancing Princesses. He is a widower who misses his wife, Isabella. He has an evil cousin, Rowena, who is tries to poison him so she can rule the kingdom.

He is voiced by Christopher Gaze, who also voiced Major Mint in Barbie in the Nutcracker, King Wilhelm in Barbie as Rapunzel, and Sagi in Barbie as the Island Princess.

After drinking tea from Rowena, the king feels worse and is forced to go to bed. His daughter Genevieve decides to call the doctor. Rowena volunteers to take care of the king, but day by day he feels worse. Eventually, he feels so bad, that he appoints Rowena to be the queen. In the same day, she is also reveals her plan to him saying that she was poisoning him, so she could rule the kingdom herself. But in this time, Genevieve and Derek appear. They expose her and see that he is dying.

Lacey gives him the golden water which she took from the pavilion and the king wakes up. But later on, he leads Genevieve to the altar. Also when the movie was almost over, Randolph is finally understood that the princesses will be fine and do great things in their own way just like their mother always told him. Randolph allowed Derek marry Genevieve, who is become a prince and a member of the royal family. 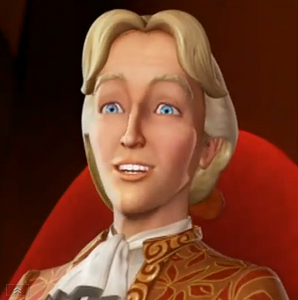 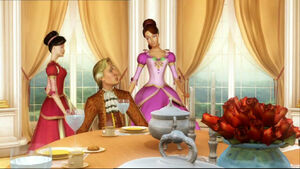 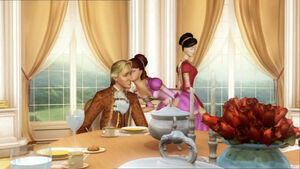 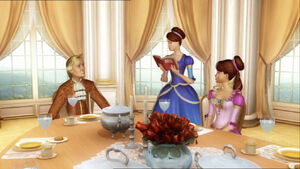 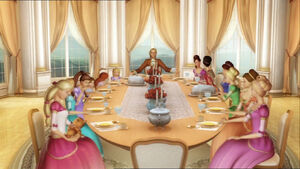 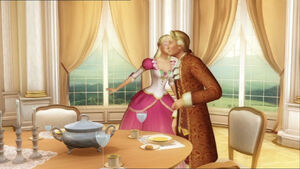 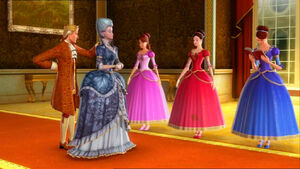 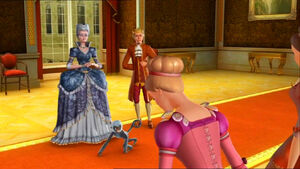 Retrieved from "https://hero.fandom.com/wiki/King_Randolph?oldid=1937045"
Community content is available under CC-BY-SA unless otherwise noted.