Save the earth from Mesogog and evil threats.

Become a famous singer (All Succeeded).

Tomboy
Kira Ford is one of the major protagonists of Power Rangers Dino Thunder. She was the Yellow Dino Ranger of the Dino Rangers. She was portrayed by Emma Lahana.

Kira hides her pretty femininity behind a tough façade full of attitude and fire. Yet she's determined to prove she is an individual. She dresses in her own, carefully cultivated neo punk style. She's an amazing singer and plays the guitar as the front person to her own band. Kira uses her biting wit to hide her real emotions, except in her music, which reveals her passion and sensitivity. She keeps will hidden the fact that she is struggling with adolescence along with everyone else. At times she can be insecure, hidden behind a "I'm a tough and don't care" attitude, but she also has a great capacity for caring about others.

She is intelligent, but does not always apply herself to her schoolwork, except in creative writing, at which she excels. As a musician, Kira is best able to express herself in her music. She doesn't want anything to do with the Dino Gems at first, because it's just too weird for her, but when Dr. Oliver recruits her as the Yellow Ranger, she decides to put aside her fears. She uses the Ptera Scream to stop evil in their tracks, and pilots the powerful Pterazord. Kira learns to look beyond people's stereotypes, and realize that despite their flaws, that they can be friends.

In the episode Leader of the Whack, a meteor crashed to earth and made anyone who came into contact with it shows sides of themselves they never show, in Kira's case, she became like a Valley Girl, shopping excessively and worrying about her appearance. However, she was restored to normal later.

Kira used up the remainder of her Dino Gem energy in the final battle against Mesogog, retaining her Ptera Scream but losing all of her other powers. She later moves to New York to try and get a recording contract. In 20 years, she will have become a huge singing sensation.

At her 1-year high school reunion, Kira is brought to the future by Broodwing where she, Conner, and Ethan meet up with the S.P.D. Rangers. Though their battles are legendary, they must prove to Commander Cruger and the other S.P.D. Rangers their true courage. Kira finds that she was an inspiration for Syd to follow in her footsteps. After this, the Dino Thunder Rangers were returned to the year 2005, having forgotten the whole incident due to Dr. Kat Manx erasing their memories of it. Later, Kira again appeared in "Wormhole" to defeat Zeltrax and Gruumm, but her memory of the event was erased by Cruger.

In Operation Overdrive, Thrax, son of Rita Repulsa and Lord Zedd, gathered all four factions determined to find the jewels of the Corona Aurora, Flurious and the Chillers, Moltor and the Lava Lizards, Miratrix, and Kamdor, and the Fearcats, Mig and Benglo. Kira, Adam Park, Tori Hanson, Bridge Carson, and Xander Bly would be called upon by the Sentinel Knight to take the place of the Operation Overdrive Rangers when they lost their powers as Thrax's alliance damaged the Morphing Grid.

She indicated that she is working on a new CD. Adam confided he was not used to the idea that Tommy was a doctor, after Kira had mentioned him. The team later went to a warehouse in Angel Grove where they discovered Alpha 6, who managed to repair the Morphing Grid and give the Overdrive Rangers their powers back. Both Ranger teams confronted Thrax's Alliance in a final battle, Kira fought alongside Ronny, the Yellow Operation Overdrive Ranger, against Miratrix and Kamdor, who they defeated. The Sentinel Knight then appeared and used the Sword Excelsior to destroy Thrax, and the Rangers caused the other enemies to flee. 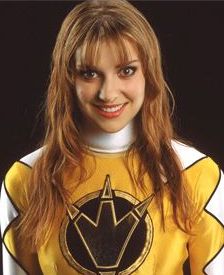 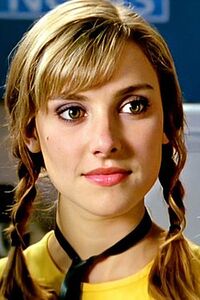 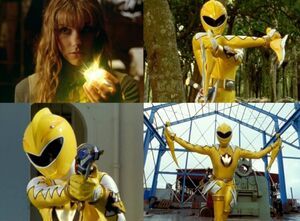 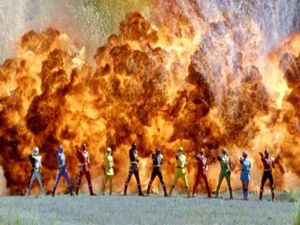 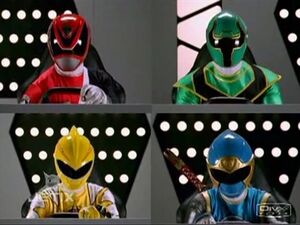 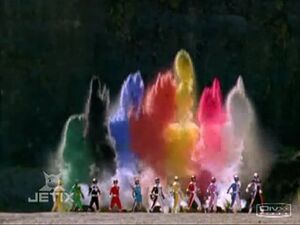 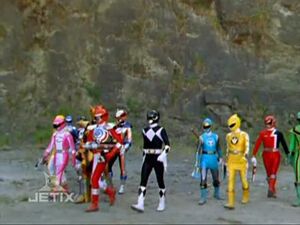 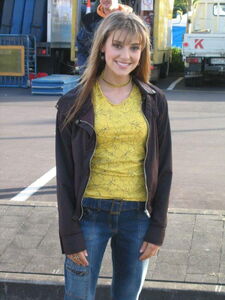 Emma Lahana as Kira Ford - Behind the Scenes.