Heroic Youkai
Protector
Loyal
Kirara (pronounced Kilala in the English dub) is one of the six main protagonists of the anime/manga series Inuyasha. She is the nekomata companion of Sango and one of three survivors of the Demon Slayer village after it was attacked by demons, along with Sango and her brother Kohaku.

She was voiced by Tarako.

Kirara usually appears to be a small kitten-sized feline with red eyes, a marking on her forehead, and two tails. However, she has two forms: one of a small kitten, and a larger one resembling a saber-toothed cat. In her full-sized demon form, flames emerge from her feet and tails, and her power increases considerably, allowing her to battle even the strongest of demon opponents.

Since Kirara is a cat demon, she acts similar to regular cats: eating cat food, treats, fish, and playing with cat toys, as well as having cat-like weaknesses. Kirara is shown to be very intelligent as well as sentient. She is fiercely loyal to Sango, but with time, she shows loyalty to all members of the group.

Kirara demonstrated exceptional patience, often honoring the requests of the group and their various friends. For example, she allowed Inuyasha to practice the potentially lethal Kaze no Kizu attack on her, leaving bald spots on her fur. In addition, she helped Miroku impress village women and ward off the undesired advances of the older village women. Kagome admitted to playing dress up with her, and using her to return to the Modern Era without the knowledge of the rest of the group. In spite of this, she didn't seem to hold any grudge against them. 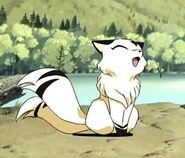 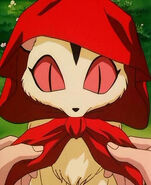 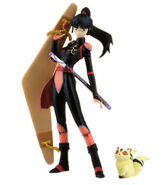 Retrieved from "https://hero.fandom.com/wiki/Kirara?oldid=1816309"
Community content is available under CC-BY-SA unless otherwise noted.