Baking, playing games, hanging out with her friends

Insecure Anti-Heroine
Kirie Motoba is a classmate and friend of Umaru in the Himouto! Umaru-chan series.

Kirie has the apperance of a typical anime schoolgirl. She has dark purple hair, often tied in a ponytail, with long and uneven bangs in the front. She has sharp, dark purple eyes that match her hair color. Normally, she is seen wearing her school uniform, with her shirt tucked into her skirt, and a red ribbon. She also wears dark brown stockings with a pair of normal black school shoes. Outside of school, she generally wears t-shirts and blouses, often described as frilly.

Kirie is described as having an extremely menacing aura, which leads her to having few friends. It's also implied that she is actually quite shy to the point that she can only talk to small children, as seen with Umaru's indoor mode, which has the appearance of a child. She calls Umaru's indoor mode (Komaru) "Master/Mistress" and is in service to her. She appears to be quite affectionate and loving toward Umaru and 'Komaru', however, she is often violent towards her brother Takeshi Motoba, to the point where she beats him up for eating her cookies. Her special skill is "concealing her presence," and it became a running gag in the series that she's invisible. 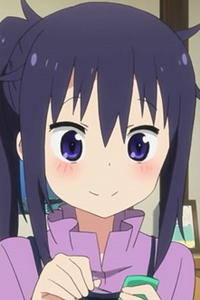 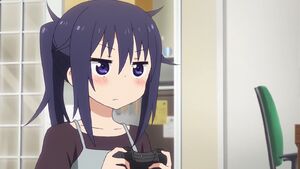 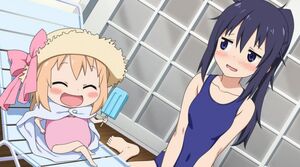 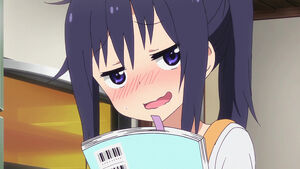