Mechagodzilla, more commonly known as Kiryu (機龍 Kiryū, lit. Machine Dragon), is a cybernetically-enhanced mecha that first appeared in the 2002 film, Godzilla Against Mechagodzilla. It is the main kaiju protagonist of the Kiryu Saga of Godzilla films.

Unlike other man-made mechagodzilla that mostly mindless machines, Kiryu possesses a mind of its own due to the use of original Godzilla's genetic code as part of its programming. At first, it went ballistic upon being overwhelmed by memories of original Godzilla that the Mechagodzilla's newly developed consciousness eventually suppressed, making it a mindless machine once again. This doesn't last long however, as during what would be its final battle, Kiryu's consciousness broke free from its restraint, but this time chose humanity by dragging the second Godzilla back to the ocean, all while ejecting its pilot to safety and bid him farewell

Kiryu was built around the skeleton of the original Godzilla in an attempt to defend Japan against the current Godzilla after its attack in Tateyama.

When that Godzilla reappeared and attack, Kiryu was sent in to stop the monster, but its initial weaponry was of little effect. When Godzilla roared into the sky, something went very wrong, as Kiryu suddenly recovered a memory of the original Godzilla deep in its spinal cells, and it stopped moving for a short while. After Godzilla returned to the ocean, Kiryu started moving again. However, it went berserk when that happened, but Kiryu eventually ran out of energy, causing the mecha to shut down. Kiryu was sent back to base after this.

When Godzilla appeared and attacked again, Kiryu was once again sent to stop him. The second battle went well until Kiryu's receiver was damaged, while the mecha itself was knocked down by Godzilla's heat ray when it attempted to finish him with its ultimate weapon, the "Absolute Zero" cannon. Its pilot, Akane Yashiro, managed to take manual control of the mecha, as the mechanical beast was recharged. After getting up, Kiryu attempted to use its Absolute Zero cannon one last time, although this time, it flew quickly towards Godzilla, took an aircraft fighter out of his mouth, shut his mouth with its own hand, and flew into the ocean with him, away from the city, and Kiryu was able to fire its Absolute Zero cannon on Godzilla, but Godzilla mannaged to survive and Kiryu ended up damaged. While Godzilla returns to the ocean, Kiryu was sent back to base for repairs.

Kiryu has been given a new left arm where its hand can shift into a drill, new black weapons that replaces its blue weapons and a "Hyper Maser" cannon that replaces the Absolute Zero cannon.

In spite of Kiryu's success, Kiryu's creation proved to be controversial for Shobijins' Mothra's assistants, whom claimed that building Kiryu using the bones of the Godzilla that appeared in 1954 was a violation of the natural order of things, attracting the current Godzilla. In some was, this proved to be true as the effort in creating Kiryu also involved in desecrating the first Godzilla's remains in process. The twins further claimed that Mothra would gladly take Kiryu's place in protecting Japan if they agreed to dismantle Kiryu, and if they declined, Mothra would attack Japan. Since Kiryu had been built partially to defend against a second attack from Mothra herself, the Japanese declined.

Kiryu was sent in to help Mothra to fight back against Godzilla. While Mothra was knocked down, Kiryu continued fighting until Godzilla blasted his heat ray onto one of Kiryu's eyes, knocking the mechanical beast down, damaging it. The mechanic, Yoshito Chujo, was sent to repair Kiryu, and manages to do so, at the dire cost of his ability to escape. Kiryu and Godzilla clash with one another until they both fall onto the Diet Building. when both Kiryu and Godzilla got up, Kiryu shifted its left hand into a drill, and it pierced into Godzilla's chest scar, and the mecha proceeded to drill into the chest scar, causing the monster to scream in agony. Kiryu then fired all of its Maser Cannons onto Godzilla, making Godzilla's roar trigger another flashback in Kiryu which was directly channelled to Yoshito. Godzilla was then wrapped up by the twin Mothra larva web. Unable to fight, Godzilla fell to the ground. Kiryu was then about to finish Godzilla with one last Hyper Maser Cannon, until it broke free of Akiba's control. Rather than finishing off Godzilla, Kiryu, instead, carries Godzilla out to sea. After releasing Yoshito to safety, Kiryu plunges itself into the ocean along with Godzilla, and they were never to be seen again. 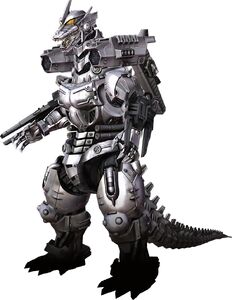 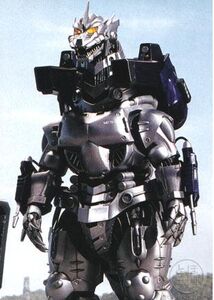 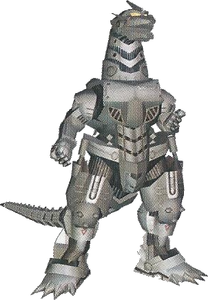 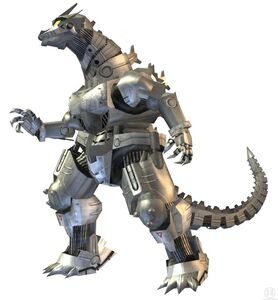 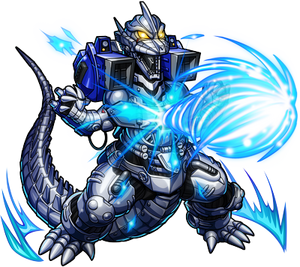 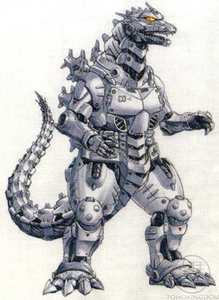