He is a Jedi master and member of the Jedi Council, who participated as a general in the Clone Wars against the Separatists and the Sith. Fisto was one of the many slain by Emperor Palpatine, which ignited the fall of the Jedi Order and lead to the rise of the Galactic Empire.

In Star Wars: The Clone Wars, he was voiced by Phil LaMarr, who voices Kotal Kahn in the Mortal Kombat series, and also voiced Bail Organa in the same series and Star Wars Rebels, Green Lantern in the DC Animated Universe, Samurai Jack in the titular series, Wilt in Foster's Home for Imaginary Friends, Static in Static Shock, Ethan "Bubblegum" Tate and Dwight Conrad in Futurama, Ramza Beoulve in Final Fantasy Tactics, and Kevin Washington in Metal Gear Rising: Revengenace.

Kit Fisto is a striking example of an alien Jedi. He a Nautolan with large eyes, and a gathered tangle of flexible tentacle-tresses extending from his head. He is at home in the waters of aquatic planets such as his native homeworld of Glee Anselm.

Fisto participated in and survived the Battle of Geonosis and led a team in the assault during the Battle of Mon Calamari. Fisto was also present at Kamino, where he pushed the limits of the Jedi Code with his relationship with fellow Jedi Aayla Secura, whose life he saved during the battle.

As the war continued, Fisto was appointed to the Jedi Council. He was later dispatched with Obi-Wan Kenobi and Anakin Skywalker to Cato Neimoidia on a mission to capture Nute Gunray, who barely escaped the encounter with the three famous Jedi. During the Battle of Coruscant, Fisto aided in the aerial battle against the Separatist invasion forces. Upon Anakin Skywalker’s revelation that Palpatine was in fact Darth Sidious, Fisto, along with Mace Windu, Agen Kolar and Saesee Tiin, attempted to arrest the Supreme Chancellor, but failed. While he unlike Kolar and Tiin got his lightsaber into combat, the chancellor quickly ended his life Master Windu eventually joined. 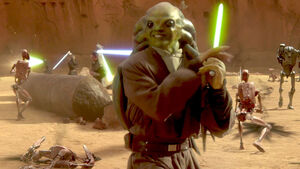 Kit Fisto during the Battle of Geonosis. 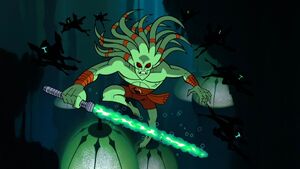 Kit Fisto during the First Battle of Mon Calamari. 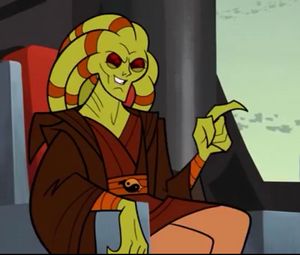 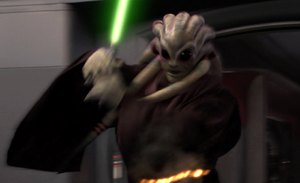 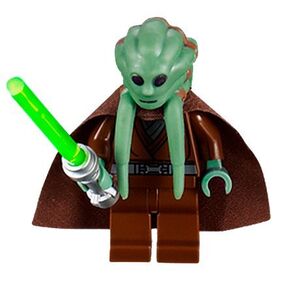 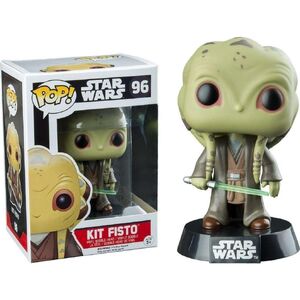