Chieftain of the Mera Tribe

Hanging out with her brother, Katari.

Kitari is a major supporting character in the popular historical seinen manga and anime series, Kingdom.

Kitari is first shown when Yo Tan Wa ordered both the Mera Tribe and Con Tribe to charge up a hill and then perform a 5 arrow volley.

Kitari is officially introduced later alongside her older brother Katari and Queen Yo Tan Wa after half of Heki’s food supplies were burned by the Shun Sui Ju. After the 8th day, she gets mad that Heki believed that she was giving him his portion of the food supplies but it was actually their own food. So in angry, she knees him in the stomach. When Yo Tan Wa summoned the tribe leaders she was there and when Yo Tan Wa fulfilled Heki requested to be the leader of one of the armies to kill one of the Quanrong commanders she was completely shocked. Then at the beginning of the 9th day of battle, she and Katari along with 5,000 tribesmen mobilized with the Heki Army with a combined number of 10,000 went to kill one of the Quanrong commander Bunen under Yo Tan Wa orders.

When He Ki and his men made it to the HQ of Bunen they were quickly overpowered by Bunen's elite troops resulting in the Mera tribe lead by Katari having to save them. She was easily able to fight the elite troops until Bunen ordered arrow volley on the Mera tribe along with his on men. She was hit by several arrows and fell off her horses Quanrong horses men were approaching her until Heki dived and saved her. Katari was cutting his way to Bunen and manged to Geeli but was held down by the several Quanrong soldiers and then stabbed by Bunen in the chest and was cut in half. From a distance, Kitari was watching she was enraged reckless charged into the Quanrong in order to avenge her brother died but was overpowered by numbers of the Quanrong which resulting in Heki having to save her again. He Ki orders the Mera tribe to retreat and both the Heki army and Mera Tribe were pursued by the Bunen troops.

After having her wounds treated by members of the Mera tribe she regained consciousness. Soon after that, she blamed Heki for what happened to her brother. He Ki then gives her a speech about how they were reduced to less than have their original number and how she should become the next chieftain of the Mera tribe. She then declares herself the Mera tribe's new chieftain and orders members of the Mera tribe to not shed a single tear until they have avenged Katari. Then she orders to reorganize and restructure the remaining tribe's men. Then they are told that Bunen's forces have disappeared and have gone to capture Yo Tan Wa.

Kitari and Heki along with their forces eventually catch up to Bunen and his forces as they were about to kill regaining forces of Yo Tan Wa and capture her. Kitari orders Heki to take king of the Quanrong's head to redeem himself for his past failures on the battlefield. She eventually caught up to Bunen. Bunen then orders his men to kill her but members of the Mera tribe protect her from them. Bunen then charges at her with his hooked spear her but she is so fast and she manages to cut off his fingers and hand which were holding his weapon. Bunen tries to run away but Kitari cut him into pieces from behind. After averaging her brother the members of the Mera tribe cheer. 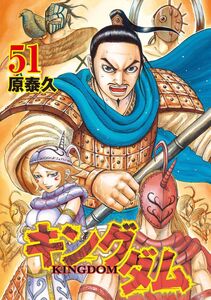 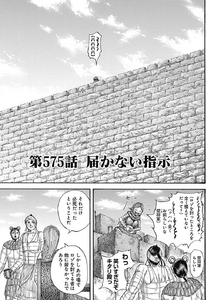