Heroes Wiki
Register
Don't have an account?
Sign In
Advertisement
in: Articles under construction, Article stubs, Digimon Heroes,
and 9 more

No information
Kiyoshiro Higashimitarai is one of the main protagonists of Digimon Ghost Game. His Digimon partner is Jellymon

He is voiced by Akira Ishida in the Japanese version.

He has usual haughty exterior masks his timid personality, but once he sets his mind on something.

In The Mystery of the Museum,

In The Cursed Song,

In Nightly Procession of Monsters,

In Game of Death,

In The Land of Children,

In The Witching Hour,

In Prison of Fire,

In The Spider's Lure,

In The Crimson Banquet, Kiyoshiro, Hiro and the partner Digimon arrives to Myotismon's building to rescue Ruli.

In Monster's Beauty Serum, when Splashmon kidnaps people who were scared by him and cages them in bubbles to make serums for him. He, Hiro and Ruli along with their partner Digimon battled him, but he easily kidnap BetelGammamon and TeslaJellymon in bubbles.

In Face Taker, he along with his friends were fallen into victims of Asuramon due to steal their face away from them. Under Angoramon's convincing, Asuramon was moved. Then he and his right-hand Kongoumon returns the stolen faces to their respective victims.

In Whispers of the Dead, when Sepikmon is obsessed with killing Kiyoshiro Higashimitarai because he wanted to befriend him ever since he had a near death experience due to a Piximon attack and he could only befriend the dead. He kept talking to Kiyoshiro about the realm between the living and the dead and made him go through several deadly experiences before he finally hit his head and almost died while dodging a car. In the realm between the living and the dead, Sepikmon chased Kiyoshiro to force him to cross the River Styx and die so they could become friends, even though Kiyoshiro didn't want to die. He eventually managed to capture Kiyoshiro and force him into the Styx, but Jellymon, having nearly died himself thanks to Mummymon's medicine, stopped him and digivolve into TeslaJellymon, defeating him. Jellymon then carried him to the real world to torture him. 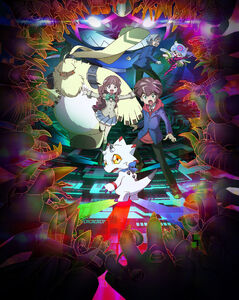 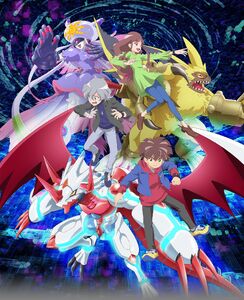 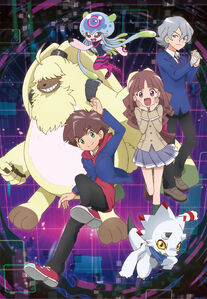 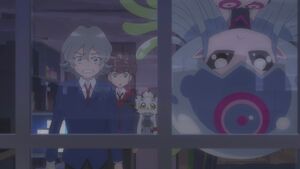 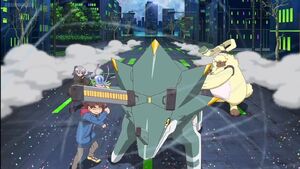 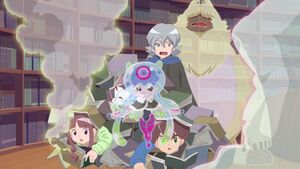 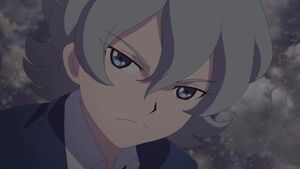 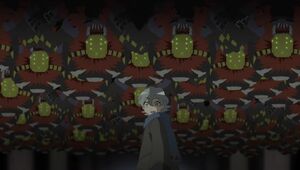 There are many Dokugumons above Kiyoshiro 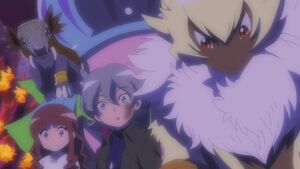 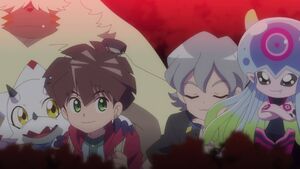 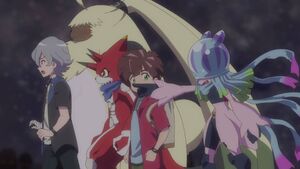 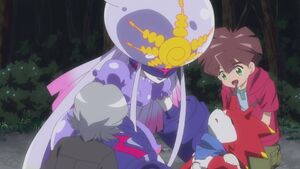