Klaus Heisler is a major character in the american sitcom series American Dad!.

He is voiced by Dee Bradley Baker who also voices Wallabee Beetles from Codename: Kids Next Door and also voices Captain Rex from Star Wars: The Clone Wars.

He was once an East German Olympic ski-jumper until his brainwaves were switched with that of a goldfish in the 1986 Winter Olympics by the CIA to prevent him from winning the gold medal. His original body died, most likely to hypothermia. Klaus's original human body went underwater as the goldfish brain was unaware that a human body needs air. In the episode "the Flippity Flop", it is revealed that Klaus' body is no longer suitable for living in because when shipped to the CIA headquarters, some scientists used the ice for margaritas, which caused Klaus to swap bodies with Stan Smith. Stan used Klaus' old body to track him down to a ski resort, where Klaus broke Stan's bodies' leg and Klaus' old body got bifricated, had the jaw broken, and lost both arms. Klaus then goes back to his goldfish body.

However, as for Klaus himself, he took up residency with the Smith family, where the CIA ordered Stan to have Klaus pose as their pet, a fact Klaus has still apparently not come to terms with. If something is done to him unexpectedly he gets very annoyed and swears revenge.

A recurring joke of the series is that Klaus' darkside behavior and shocking evil behavior, is due to him being German. In "Deacon Stan, Jesus Man", when he tricks Roger into eating Francine's potato salad, Roger is horrified asking Klaus why, to which Klaus responds "I'm German, it's what we do." Klaus will often drag out the revenge until he has forgotten about it, but he hates to be interrupted during his 'snooze'.

Klaus and Roger's relationship can be best described as a friendly rivalry. At times they hate each other yet at other times they get along. Roger is seen to be incredibly spiteful toward Klaus and insists on trying to make him feel despised, saying things like "You can't participate Klaus, I hate you. I say that not out of anger but as a fact" in Great Space Roaster and "It's like you want to be kicked out of this family" in The One That Got Away. Klaus does things to get Roger into trouble for his amusement, like when he tricked him into eating Francine's potato salad in Deacon Stan, Jesus Man. When a horrified Roger asked why Klaus would do something like that he just laughed and said "I'm German, it's what we do." In A Piñata Named Desire, after Klaus made a comment about acting, Roger simply knocked Klaus's fish bowl across the room, smashed it against the wall, and walked out of the room as if nothing had happened while the fish lay gasping on the floor.

Among everyone else living in the Smith household, Klaus is very much the most aware and sensible of Roger's contemptuous, abusive, and insanely-vindictive nature of selfishness and lack of morality and occasionally tries to warn the rest of the family against listening to or getting involved with him. Such instances, however, are ignored by everyone's naivety and general inability (or lack of interest) to take most matters seriously or remember that Klaus is a "man in a fish's body" rather than just a mere talking goldfish, as said in Dr. Klaustus.

Although Roger has claimed to hate Klaus in the past, they are close friends at heart and genuinely care about each other such as when they head to Europe together in Red October Sky. Further evidence of this can be seen in Pulling Double Booty, as Roger and Klaus are quite content to watch a movie together and show annoyance when they must pause it as Stan intrudes with the cookie dough. Another example is that Klaus is often shown in the attic with Roger as he tends his fake bar in many disguises while in Live and Let Fry Roger dresses up as Klaus, the human, to help him get access to a family member's will. In the end, it turns out to be a trap to lure Klaus out of hiding and Roger gets beaten up because Klaus owed some money to the East German Mafia. However, Klaus stays with him and keeps him company during his recovery, making sure Roger has sufficient pain medication to help him through it. Klaus was also the only member of the Smith family to remember Roger's birthday in 1600 Candles and the alien seemed genuinely touched that he had bothered to prepare a birthday surprise for him.

Klaus and Roger engage in a sexual relationship in Kloger, but Klaus breaks it off when Roger starts to want to act like a real couple, as Klaus was only interested in the taboo aspect of sneaking around the family for their relationship.

Despite showing sexual advances towards Francine in the early seasons, Klaus has shown he does care for her well being, evident in Big Trouble in Little Langley. Upon overhearing the Dawsons (Francine's birth family) light-heartedly mention they gave her up so they can maintain riding in first-class, he sees them for who they really are and is upset by this. Klaus wisely warned Stan to remove them out of the house because he is setting Francine up to be hurt by them and tries to convince him to reconcile with the Lings instead. While this makes him uncomfortable, Stan refuses to listen to him and wants to try. He would later regret it when the warning Klaus gave to Stan was true about the Dawsons, especially after they selfishly leave him in the burning house. In the second episode of Season 11 Roger Passes the Bar, Klaus tells Francine a story of a time when he bounced a check for his girlfriend's abortion, resulting in them putting the baby back inside of her, "and that baby was Shia LaBeouf," he states; implying that Klaus is in actuality Shia LaBeouf's father.

Klaus and Stan have a complex relationship, which can best be defined as a rocky friendship. Stan's refusal to help Klaus find a human body, as well as his tendency to treat him with marked disrespect, is often a source of tension in the two's relationship. Despite this, the two seem to care for one another, despite both being guilty of treating each other poorly. When given an opportunity, Klaus has been shown to delight in tormenting Stan on several occasions, or betraying him if he feels he has been sufficiently wronged. In other episodes, Klaus has been a source of advice for Stan, often being one of the primary characters the latter consults about his relationship with Francine or his kids. The two have become closer in recent episodes, doing activities together such as hosting a podcast about 90s' music and stopping street crime when Klaus inserts his mind into Stan's car.

Klaus does seem to share a genuine friendship with Hayley, along with the ability to communicate telepathically with her at any given time in Merlot Down Dirty Shame. Perhaps one of the most revealing moments of this is in Choosy Wives Choose Smith, when Hayley announces to her mother she is going on the road for 15 weeks with Klaus to follow My Morning Jacket, after brief quizzing Francine responds with, "Okay, have fun you two!". Other examples can be found in many episodes. In Dungeons and Wagons for instance clearly shows the two working as friends quite gleefully after plotting against Steve. In Man in the Moonbounce, Klaus mourns the fact that he can no longer go for a hair cut, and as such Hayley puts a lot of thought and effort into making a small wig for Klaus which she then styles for him in a pretend salon station much to his joy. And in Oedipal Panties, Klaus tried to infect Hayley with his ick so that she would only have him to spend time with but his plan backfired when she revealed she had herpes. It also seems the Klaus has some sexual interest in Hayley. When Hayley gets a henna tattoo in Frannie 911, they get into an argument which they decide to settle with a game of "Dare or Dare". Klaus takes a crack immediately and dares Hayley to kiss him. In The Unbrave One, Jeff asks if anyone wants to have sex with Hayley because he was too tired; Klaus raised his hand with a smile on his face.

Klaus and Steve tend to get along consistently well, in contrast with other members of the family. With the possible exception of Roger, Klaus is the most frequently present member of the main cast in storylines concerning Steve and his friends, playing announcer for them when they wrestle, helping Snot deck out a basement, and telling Steve and Snot German stories. Like Roger, he is often critical of Steve's effeminate mannerisms, at one point asking him if he's "allergic to vaginas". 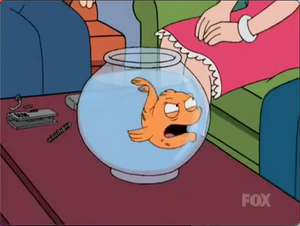 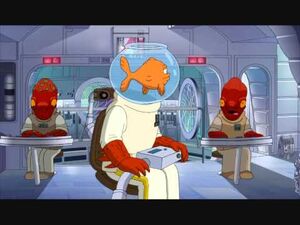 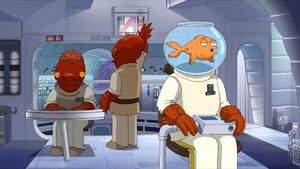 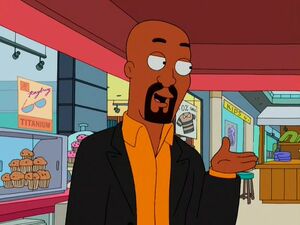 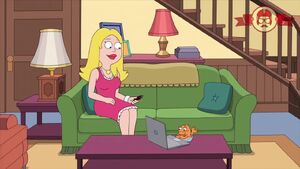 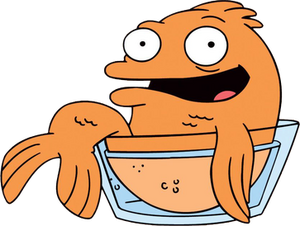 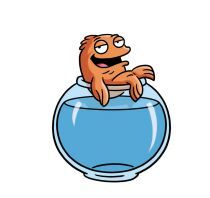