Take down the Villain Factory (ongoing).

Kurogiri
All For One
Villain Factory
Stendhal
Kuin Hachisuka
Number 6

Oguro was originally a professional hero operating primarily in Japan under the alias O'Clock. His quirk, aptly named Overclock, allowed him to increase the speed of his own perception to the point that the world around him appeared slow. Outwardly, O'Clock's quirk appeared as though it simply accelerated his movements, however it was his increased perception that allowed him to move at impossible speeds. Ultimately however, Iwao's quirk was stolen from him by the legendary villain All For One, leaving him quirkless.

After the loss of his quirk, Oguro abandoned his hero identity to work as a vigilante outside of the law. Although he had no powers, he honed his body and combative abilities to a lethal level that allowed him to go toe-to-toe with professional heroes and villains alike. With a pair of brass knuckles on his hands, Oguro descended to the streets and brought down criminals with shocking brutality. His main goal as the vigilante known as Knuckleduster was to defeat the Villain Factory, a secretive organization turning regular people into monsters using drugs.

Iwao Oguro was a towering man with bulging muscles who stood at six feet and one inch tall. He had black eyes and short black hair cut into a crew cut. He usually had heavy stubble covering his face, although when he left it unkempt it would grow into a thick messy beard of black hair. Perhaps Iwao's most noticeable feature was a prominent scar caused by All For One that ran diagonally down his left cheek.

As the vigilante Knuckleduster, Oguro wore a poorly-cobbled together outfit. His ensemble consisted of a tight-fitting black t-shirt, a long green trench coat, beige cargo trousers, black heavy-duty boots, a pair of black fingerless gloves, and a black mask over the top of his head that kept the top of his head and eyeline obscured. In combat, Iwao wore a pair of brass knuckles over his gloves which he derived the name "Knuckleduster" from. 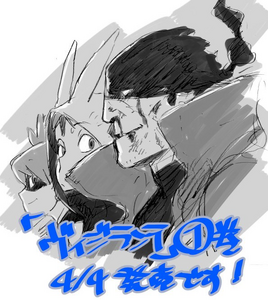 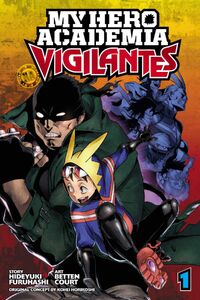 Knuckleduster on the cover of the Vigilantes manga's first volume. 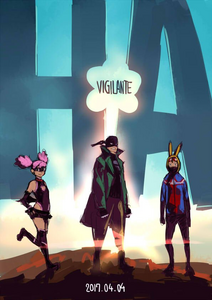 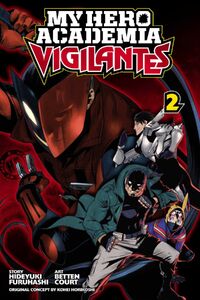 The Janitor of the Fist on the cover of the Vigilantes manga's second volume. 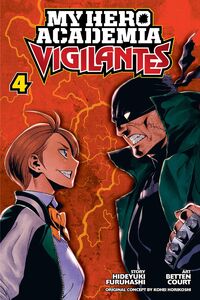 Knuckleduster facing Kuin Hachisuka on the cover of the Vigilantes manga's fourth volume. 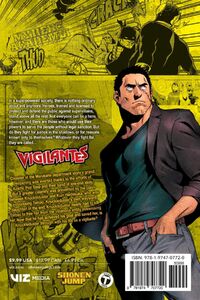 Iwai Oguro on the back cover of the Vigilantes manga's fifth volume. 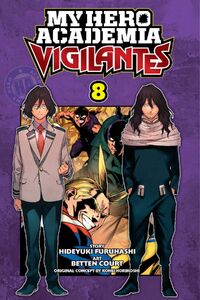 Knuckleduster in the background of the cover of the Vigilantes manga's eighth volume. 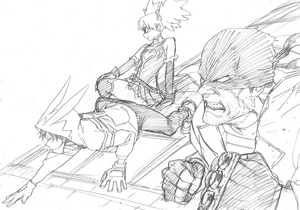 Sketch of the Naruhata Vigilantes by Kohei Horikoshi, the author of the main My Hero Academia series.