Koala is one of the main characters in the manga and anime series, One Piece. She was a former slave which was to set free on the Mary Geoise by Fisher Tiger's rampage. She and the Sun Pirates sailed way from the her home town.

Later, she joining to the Revolutionary Army, currently she becomes the Fish-Man Karate assistant instructor and her rank officer. Now she at work with the often along with Sabo and Hack.

She also appearance in the Dressrosa Arc.

She was voiced by Satsuki Yukino in Japanese and Jeannie Tirado in English.

At age 11, she has a skin girl with the long, expect brown hair. She had a large black eyes with a round, same that kind of Koala, and she was smiling. She looks just like a dirty, short light pink sleeve collar on her skirt, with she wears a dark under overall over the right cheek smudge. At her slave in the World Nobles, she has a mark in her Celestial Dragons at the back, who is replacing from the mark at the Sun Pirates by the late Fisher Tiger.

A few weeks later, she was an neat, with shoulder-length orange hair, the light yellow dress with the white top, and orange spots and dark red loafers.

As a teenager, she becoming a taller (during the rather short while she still as an adult about 160 cm), curvaceous, slim and is pronounced hours figure. At the anime, Koala's hair got changed into a light brown to orange, with matching her same at the manga. She wore a dark purple newsboy cap has a yellow, purple and white goggles, pink shirt has the frilly collar, maroon short skirt, black high socking and dark brown boots.

Koala is very vowed and apologetic to stop crying and working. However, he described at her having a lifestyle at the ingrained on her blood. After sent to being an set free on three years ago, Koala has never stopped cries or cleaning, or they will be died. She will explained by the pirate if she slave ever the Sun Pirates in the masters, if she asking them to wants to be killed or she will stop cleaning. Aladine said that she packing that slaves of constantly, was that alone, and trust couldn't they count anything. But Koala will become an paranoid that is unknown regard.

While Fisher Tiger confident at her that the crew are not acts as a Celestial Dragons threwing by his gun onto the ocean, she starting to crying at this first time about a years. Then she begin to rewards from the Sun Pirates with her family better than the masters, although cannot be listening of the habit at cleaning while she didn't not answer.

By the way, they reach away from her home town with genuinely from the mermen and fish-men at the Sun Pirates, created by Hatchan and the members of a Macro Pirates, especially with strong bonds. Koala went to as far away from the Fisher Tiger's hands despite him to basically holding to shaking the hands off.

At age 23, she is became like having a mature, each shown cowards to Sabo sympathy will not being able to rescue Ace, talking to him not to guilt should be rumor as him. She also is a gleefully, playful and cheery hugging Robin while she meeting her and teasing him about Ace cries upon meets Luffy. She will getting really mad at Sabo losing her temper for fighting Fujitora during of staying as his post showing comically pinch on his cheeks having his disregard from the duties with the Revolutionary. 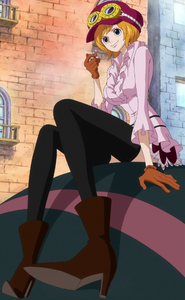 Koala before encountering the Sun Pirates.

Koala's appearance after living with the Sun Pirates. 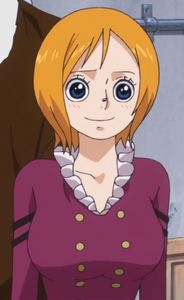 Koala after the Whitebeard War.

Koala's outfit after the Dressrosa Arc. 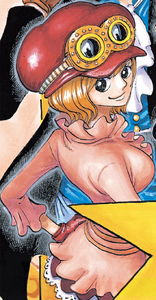 Koala's color scheme in the manga. 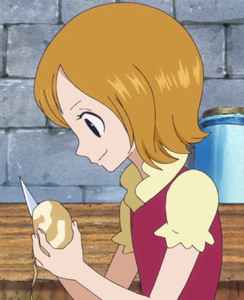 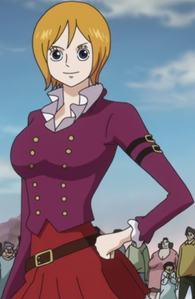 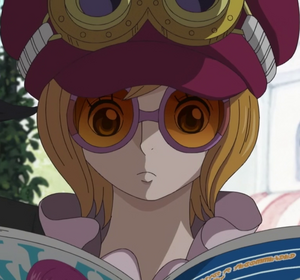 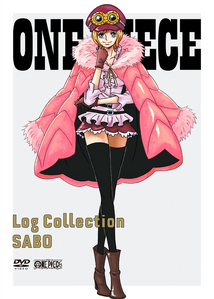