Kobato Hanato is the main protagonist of the CLAMP series, Kobato..

She is voiced by Kana Hanazawa who also voiced Anri Sonohara from Durarara!! and Sharon Rainsworth from Pandora Hearts in Japanese Version.

Kobato has a rather fair in skin tone, with her cheeks usually tinted pink. She has long reddish-brown hair that reaches her knees and cut in shorter layers around her head. Her eyes are big and bright, often matching the color of her hair. Always seen wearing long dresses or puffy pants, she is also noted to always be wearing a hat.

Kobato has a very cheerful and enthusiastic outlook in life and her wanting to aid others in need is very heartfelt and sincere. However, she can also be clumsy, rather clueless, and rash with her actions, and often trips over her own feet, much to Ioryogi's annoyance. She has a very beautiful voice, so much that people dragged her away so she could sing on a stage. Ioryogi states that "it's one of the only things she's good at, like Kohaku."

A girl who is from "another world". The long war between the "Other world" and "Heaven" caused a crack to form in the barrier between heaven and the living world, causing a hole to appear. The shock-waves from the fighting leaked through the hole harming Kobato. In order to preserve Kobato's life, the angel whom Ioryogi fell in love with (who was also an alternate self of Kobato) stopped Kobato's time leaving Kobato in a state between death and life. Ioryogi went to God and prayed for her to be saved. Ioryogi was given the task of guiding Kobato in order for her to achieve her goal of filling her bottle full of healed hearts. He was also turned into a stuffed dog as punishment for starting the war over the angel he fell in love with.

Kobato, who had lost her memories and her knowledge, was given a year to fill the bottle so that her wish would be granted. At the end of the year time limit, the angel inside Kobato will disappear. However, she cannot fall in love with anyone while completing her mission. She also seems to not be allowed to take off her hat in public. She works at the Yomogi Nursery run by Sayaka, alongside Fujimoto, where she got a job as an assistant not long after starting her mission. After singing with Fujimoto, Kobato has come to the realization that she is in love with him.

In the anime, Kobato's death hasn't anything to do with the war between the "Other World" and "Heaven". The exact cause of Kobato's death isn't mentioned and her wish is to be reborn to live together with her great love, shown as an alternate Fujimoto. 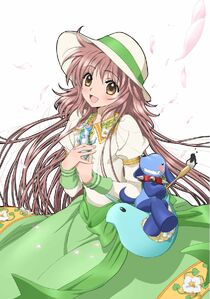 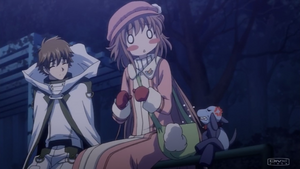 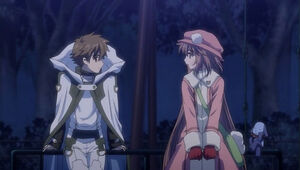 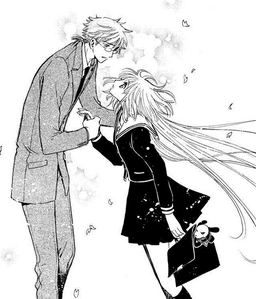 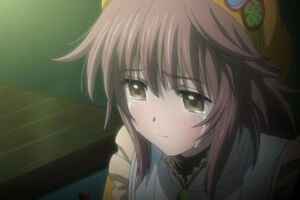 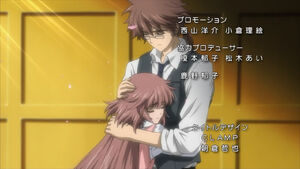 Retrieved from "https://hero.fandom.com/wiki/Kobato_Hanato?oldid=2112645"
Community content is available under CC-BY-SA unless otherwise noted.