No information
Koito Minase is a character from Myriad Colors Phantom Wold. She is a newly transferred student who is always wearing headphones.

She is voiced by Maaya Uchida in the Japanese Version, Jeannie Tirado in the English Version and Rona Aguilar in the Filipino Version.

Koito is a teenage tomboyish young woman with an average build and height who has the appearance of a cool beauty. Her short, lower chin-length and wavy hair has the color of magenta-pinkish, which she wears in side-bangs that frame her face, and she sports a yellow star-hair clip on the left side of her hair. Her eye color matches her hair color, and she also doesn't have a second white highlight in her eyes unlike the other characters, which gives the impression that she is aloof and quiet. She is also almost always seen wearing her headphones around her neck.

She eventually developed the anti-social personality she has today.

Her ability first manifested when she was in elementary school when a phantom attacked and killed the rabbits she was assigned to care for in the schoolyard. This caused her friends to fear her and her ability is a powerful sound attack using her voice, which can stun or seal phantoms. She tends to use a lot of sugar in her drinks. 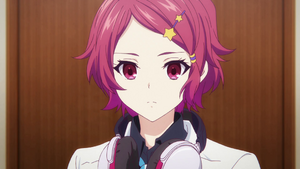 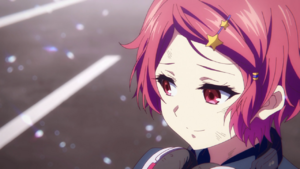 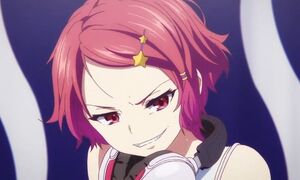