Kojūrō Katakura is a loyal retainer of Masamune Date, but also appears as a brotherly and mentor-like figure for the One-Eyed Dragon. Modeled after a typical yakuza-style gangster from the movies, his manner of speech, attitude towards his subordinates and even his secondary attack string clearly reflect this inspiration.

Kojuro values honor and loyalty above everything else: he was ready to be executed for the "sin" of turning his sword against his master (albeit for a just cause). Kojuro has been hinted to be stronger than his master various times (many characters' lines when encountering him reflect this), and possibly he himself knows this; but he has unwavering faith in Masamune, despite the latter's young age and recklessness. In the One-Eyed Dragon he sees the future leader of Japan, and is determined to bring his master's ambition to fulfillment.

Kojūrō, like his lord, Masamune, has two modes - his normal mode and his Slaughter mode.

In his normal mode, Kojūrō's attacks consists of a series of vertical slashes followed up a few horizontal swipes, and ending with a powerful upward slash. All of his other attacks are comparable to Masamune including his skills (Kojūrō has skills very similar to Masamune's except Phantom Dive).

In Slaughter mode, Kojūrō's S-String becomes stronger, quicker, covers slightly more area and does more hits Like Masamune's 6-sword mode, Kojūrō cannot guard or evade when this is active. This mode is activated by activating the effect of his personal item, holding the normal attack button for 5–15 seconds, using the skill Mudzuki Gokusatsu or as part of his story. Unlike Masamune's 6-sword mode, however, Kojūrō stays in this move even when hit or after using any of his other skills. He can only exit this mode after a certain amount of time has passed (unless triggered by his personal item or story event, though both can be overridden by using the other methods to activate this mode) or by reusing Mudzuki Gokusatsu.

Additionally, his Basara attack is noticeably long. This allows players to fully charge his Slaughter mode (by holding the normal attack button) while being uninterruptible.

His personal item revives him once and puts him in Slaughter mode of the rest of the battle. 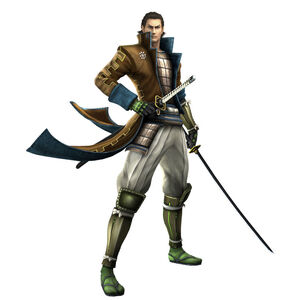 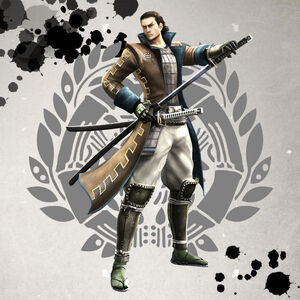 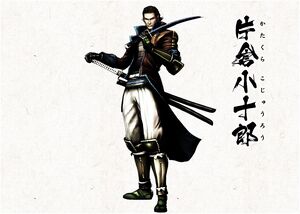 Retrieved from "https://hero.fandom.com/wiki/Kojūrō_Katakura_(Sengoku_BASARA)?oldid=2114619"
Community content is available under CC-BY-SA unless otherwise noted.