To escape Towa City and the Warriors of Hope alive. (formerly)

To protect the children and the adults of Towa City. (ongoing)

Komaru Naegi is the protagonist of Ultra Despair Girls - Danganronpa Another Episode, and is also the younger sister of Makoto Naegi.

Komaru has short dark brown hair and desaturated green eyes. She also sports an ahoge, similar to that of her brother's.

When she was in the motivational video with her parents in the first game and its corresponding anime adaption, her hair appeared neater in a classic bob cut, and she did not possess an ahoge. The uniform she wears in this video consists of a white button-up shirt, a brown blazer, a brown skirt, and a red ribbon.

In Ultra Despair Girls, she is revealed to be wearing the St. Tomoe Girls' Academy uniform, which is a sailor fuku with a white blouse, a red necktie, and a turquoise collar, line trim, and skirt.

Komaru is physically around the age of 16 - 18 due to the information gathered that states that she was alive while Makoto was "sleeping," which was over a period of 2 years, so she is possibly a 1st year high-school student when. In DanganRonpa 3, she is a few years older.

From what was previously seen in the original game, Komaru apparently is a cheerful girl. She loved Makoto, telling her brother to do his best while enrolled at Hope's Peak Academy. As of now, Komaru is shown to be a brave girl willing to fight off Monokuma robots as she tries to survive the world's current catastrophe and find her missing family. She is somewhat of a hypersensitive person, and is scared easily.

Komaru boasts childish traits, such as being naive, reliant and easily excitable. As stated herself in Chapter 1, she has a low image of herself, considering herself boring and ordinary. Komaru also states that she does not want to hope, because it will lead to "worse despair". But after being encouraged by Toko Fukawa, she wanted to at least try to escape again. Komaru is also a very gullible person. This is revealed when Toko says certain things that are obviously false, as Komaru easily believes them to be true.

Komaru seems to not be afraid of the dark. Even though she sometimes gives up too easily, there are other times in which she shows how stubborn and determined she can be. However, she has a weakness in complicated subjects such as basic computer science, but she does have moments where she is intuitive. 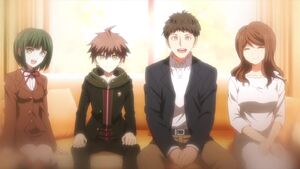 Komaru with her parents and brother. 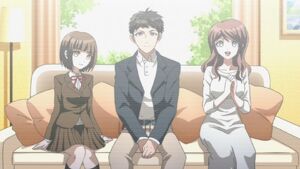 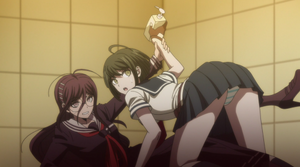 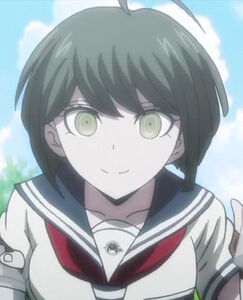 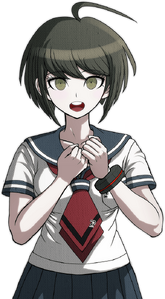 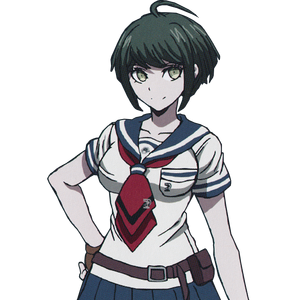 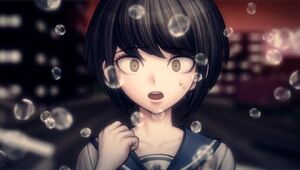 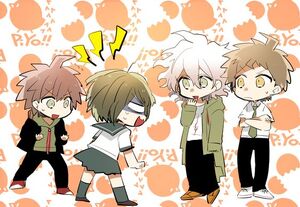