Helping Yui to become an precure.

Kome-Kome is a major protagonist in the 2022 of the magical girl anime and manga series Delicious Party♡Pretty Cure. She is the mascot fairy partner of Yui, who is living with CooKingdom, and the Energy Fairy of Rice. Kome-Kome's catchphrases are ~kome!.

She was voiced by Natsumi Takamori in Japanese.

Kome-Kome has light pink fairy fox with fur. She has magenta pink collar bow over the neck, loose with white lawyer frills, and magenta pink jewel heart at her middle. She is also has a dark brown eyes. While Kome-Kome ask Yui to transform into her pretty cure form, she joins the "rice ball form".

As a toddler, she is growing into her light pink short hair and her ears whoose top on the both sides and two pink cheecks on her face. She wears a magenta pink newborn with white baby food collar and stay on magenta pink jewel heart in the middle. She is also has a pink and light pink tail and pink eyes.

Kome-Kome was a cute, sweet, and kind fairy mascot who helping Yui to become an pretty cure. 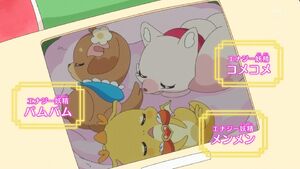 The mascots is sleeping. 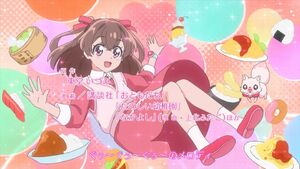 Kome-Kome and Yui in the opening. 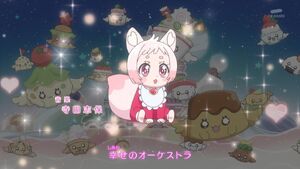 Kome-Kome as a baby in the opening. 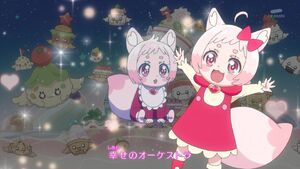 Kome-Kome as a toddler in the opening. 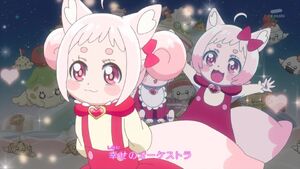 Kome-Kome as a pre-teen in the opening. 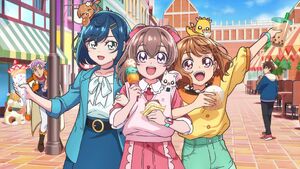 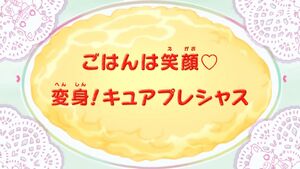 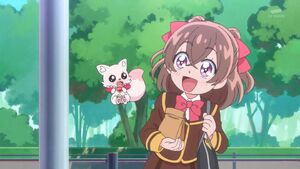