Loyal Canine, Mascot, Protector
Koromaru is one of the main protagonists and party members in the video game Persona 3. He is a very intelligent dog whose owner was a priest who died from being hit by a car. Initially introduced as seemingly a normal dog, he is later revealed to be a Persona-user and joins the Specialized Extracurricular Execution Squad. His Persona is Cerberus.

Koromaru is a white shiba-inu with red eyes. When he joined S.E.E.S, he was given a special Evoker for dogs, metallic collar around his neck. He has a red armband on his left arm, a miniature, white T-Shirt, and very small angel-esque wings on his back.

According to Shigenori Soejima, the idea of including a dog into the party was from the very beginning so the hard part was settling on a breed. Small dogs like Chihuahuas or Pomeranians couldn't be used because of their size, so the staff held a popularity poll to decide on its type. Dobermans would look too scary, so the final decision was between a Husky and a Shiba, although at first Soejima chose a Dalmatian. The poll decided on a Shiba, but a normal dog would look too plain, so the next move was choosing some clothes. Being a shinto priest's dog, he thought of giving him the same garments. The wings attached to his costume were Yukari and Fuuka's idea.

Koromaru's personality is based on the famous dog Hachikō. He is very kind and has shown extreme loyalty, choosing to stay at his master's shrine long after his death and going for a walk everyday like he used to with his master. He is also very protective of the shrine, as shown when he risked his life to defend it, but got seriously injured in the process. According to Aigis, he considers the shrine a sacred place.

Koromaru also exhibits numerous human characteristics, despite being a dog. He exhibits intelligence far above that of most dogs. He is fiercely loyal, and particularly close with Shinjiro Aragaki, who often feeds him special food and takes extra care of him. He is a fan of a show called "The True Battles of Real Men", which exhibits acts of courage from real people. He begs the protagonist to take him to the theater for a special showing of the final episodes of the show. Koromaru whines and runs around after the movie until the protagonist agrees to purchase the boxed set after its release.

In Persona Q: Shadow of the Labyrinth, even though he gets along with everyone, he dislikes Kanji Tatsumi for some unexplained reason and refuses to let Kanji pet him. Of all (surviving) members of SEES, he seems to be the closest to Ken, judging by his decision to move in with him as shown in Persona 4 Arena Ultimax. 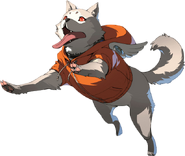 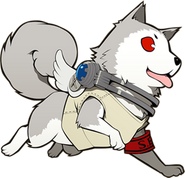 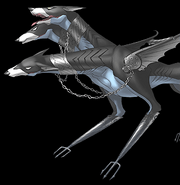 Add a photo to this gallery
Retrieved from "https://hero.fandom.com/wiki/Koromaru?oldid=1797497"
Community content is available under CC-BY-SA unless otherwise noted.