Korrina (Japanese: コルニ Corni) is a supporting heroine in both the Pokémon X and Y games and the XY season of the Pokémon anime series. She is the 3rd Kalos Gym Leader. In the X and Y games, the Pokémon she fights with are Mienfoo, Machoke, Hawlucha (only in the games), and Lucario. She has the ability to Mega Evolve Lucario into Mega Lucario with Lucarionite.

She is voiced by Yuka Terasaki in Japanese, who did the major roles of Luna from Yu-Gi-Oh! 5Ds, Pac-Man in Pac-Man and the Ghostly Adventures, and Tenma Matsukaze from Inazuma Eleven GO. She is voiced in English by Lisa Ortiz, who formerly did Amy Rose's English voice.

Korrina is a roller-skating girl. She has long blonde hair that she keeps in twintails on both sides and gray eyes. She wears a white and red helmet, a white dress with red stripes, black shorts underneath the dress, fingerless gloves (the Key Stone is on the left hand), and rollerskating shoes.

Korrina is a very cheerful, friendly, and kind young woman. She always has good fun with Lucario. She has grown strong to become a successor for Mega Evolution to her grandfather Gurkinn. She has a strong sense of friendship, as shown when she meets the heroes.

Korrina first appeared in the game Pokémon X and Y. She first arrives in Route 5. When one Lucario came up to the hero/heroine while she is doing special training, Lucario happily takes a liking to the hero's/heroine's aura; and then she introduces herself to the hero/heroine as the Shalour City Gym Leader. She then reappears in Geosenge Town to challenge the hero or heroine with two Lucario. After arriving in Shalour City, Korrina can be found in the Tower of Mastery with her grandfather Gurkinn, the Mega Evolution guru. Once the player wins the battle for the Mega Ring against their rival, Korrina will go to her Gym for a battle. After she is defeated in the 3rd Gym Battle, she will immediately invite the player to a rematch atop the Tower of Mastery. There, Korrina gives the player the Mega Ring. After that, the Lucario that had become close to the player temporarily joins their team, and the two have a one-on-one battle, using just their Lucario, both holding a Lucarionite. Win or lose, the player has the option of getting the Lucario that joined him/her for the battle.

Korrina made her 1st anime appearance in "Mega Revelations!". She appears before Ash and his friends, aiming to claim her 99th successive victory, eagerly challenging Ash to a battle. In the end, her Lucario easily defeats Ash's Pikachu, and the group decides to have a lunch together. During lunchtime, Bonnie realizes Korrina has a Key Stone, and she explains that she obtained it from her grandfather. However, she is still lacking the Mega Stone to Mega Evolve her Lucario. After the group save Pikachu and Lucario from Team Rocket, Ash and his friends decide to join Korrina on her hunt for Lucarionite.

In "The Cave of Trials!", Korrina, along with Ash and his friends, arrives in Geosenge Town. There, they meet a photographer called McGinty, who gives them a hint of going to a nearby mountain. On the mountain, the group discover a cave, where the Lucarionite is hidden. Protecting the Mega Stone, however, is a Blaziken, whom Korrina has to battle. Due to Blaziken having a type advantage over Lucario, Korrina is initially losing, but thanks to Ash and friends' encouragements, Korrina and Lucario are able to rise from the brink of defeat and immobilize Blaziken with Bone Rush. Just when Lucario is about to finish the battle, Korrina's grandfather, Gurkinn, comes out of the shadows, admitting his defeat and allowing Korrina to take the Lucarionite. With the proper Mega Stone finally in her hands, Korrina starts her Lucario's very first Mega Evolution.

In "The Aura Storm!", after Lucario's first Mega Evolution, Korrina agrees to have a battle with Ash and Pikachu to test her Mega Evolved Pokémon's powers. However, during the battle, Lucario loses control, and it is only stopped from attacking Ash along with Pikachu by Gurkinn's own Lucario. Gurkinn explains that Lucario couldn't control its increased Aura powers after Mega Evolving, which was why it went berserk. Korrina then has another battle with her Lucario, this time against Gurkinn's own Mega Lucario. However, Korrina's Lucario lost control of itself again soon after Mega Evolving, and Gurkinn won the battle. Afterwards, Gurkinn sent Korrina and Lucario to Pomace Mountain to get help from a Mega Evolution Trainer.

Korrina appears again in "Origins of Mega Evolution!", meeting up with Ash and company when they arrive in Shalour City. She reappears in the following episode, where she and Ash have their Gym battle at the Shalour Gym, located inside the Tower of Mastery. At first, Ash attempts to copy Tierno's dancing battle strategies from the Pokémon Summer Camp, but isn't successful. After switching back to his own style of battling, Ash proceeded to defeat both Korrina's Mienfoo and Machoke with Hawlucha and Fletchinder, respectively. Determined to still win, Korrina sends out Lucario and immediately Mega Evolves it. With this power boost, Lucario is easily able to beat Fletchinder and Hawlucha, leaving Ash with just his last Pokémon, Pikachu. Mega Lucario's overwhelming power gives Pikachu a lot of trouble, but eventually, after a fierce exchange of attacks, Pikachu is able to defeat Mega Lucario and win the match for Ash, thus earning him the Rumble Badge. Korrina then told Ash that the next Gym is in Coumarine City and that the next Gym Leader is eccentric, but she believes Ash could help sort him out.

She then has a battle against Alain, but his Mega Charizard proves to be too strong for her Lucario and thus Alain gains his 8th Gym Badge from her. Korrina later joins the other Gym Leaders and Diantha in stopping Team Flare's giant rock that will touch the sundial in Anistar City, which will create enough energy to wipe out all life in the world.

Korrina appeared in Pokemon Journeys where she and Lucario encourage Ash's Riolu to get strong with Ash and Korrina lost again to Ash's Gengar and Dragonite. She appeared in An Adventure of Mega Proportions where she beaten a challenger with her Mega Lucario where Ash told his Lucario that Mega evolution is where he will get its power by. Korrina then travel with Ash and Goh to Mega Island to help Ash mega evolve his Lucario. She appeared in Galar to cheer Ash and Bea in a rival battle between Ash and Bea. Ash won at the end and Korrina said "Wow Ash, how strong you really gotten?"

Korrina first appears in Santalune City, where she helps X and his friends face Celosia of Team Flare to retrieve X's stolen Kangaskhanite. Using her Mega Glove, Korrina Mega Evolves her Lucario into Mega Lucario and sends it out to battle. After X retrieves the Kangaskhanite, he uses it to evolve Li'l Kanga into Mega Kangaskhan and teams up with Lucario. Together, they defeat Celosia, forcing her to retreat since she knows that she's outmatched against two Mega Evolved Pokémon. Later, Korrina meets up with X's friends and gives Tierno a pair of Roller Skates. When X states that he doesn't think it's important to have a successor ceremony for his Mega Ring, Korrina states that she refuses to acknowledge him as a successor. She questions her grandfather's decision to give X the Mega Ring and angrily storms off.

Korrina goes back to Shalour City, where she angrily attacks her grandfather for giving X a Mega Ring and demands to know why he decided to do it. Before Gurkinn can give a proper answer, they are attacked by a Trevenant. Korrina immediately goes to battle it, but soon realizes that the attack is only a distraction to separate her from her grandfather. She looks outside to see Gurkinn being attacked by Essentia. After escaping from the Trevenant, Korrina skates down to the bottom floor to help Gurkinn. When Gurkinn realizes that Essentia is attempting to steal the tower by covering it in Trevenant's vines, he tells Korrina that they need to activate the Tower of Mastery's self destruct switch and protect the secrets of Mega Evolution. Although reluctant, Korrina agrees and helps her grandfather destroy the tower.

Afterward, the two go into hiding. After being awoken from a dream of her training days, Korrina meets Diantha, another one of the students who received a Key Stone from Gurkinn. They go and meet up with Gurkinn, only to find him being attacked by Team Flare Admin Chalmers. They defeat Chalmers and save Gurkinn with their Mega Evolved Pokémon. Diantha decides that they should go and find the Legendary Pokémon Yveltal's cocoon form since Team Flare has already secured the tree form of Xerneas. Further on in their journey, Korrina and the others find a wild Diancie being attacked by a thief. They manage to defeat the thief with their Mega Evolved Pokémon, but Diancie is forced to find a new home. As it thanks them and leaves, Gurkinn reveals that Diancie is capable of Mega Evolution.

Later, the group travels to the location of where Team Flare is preparing to take Xerneas's tree using a group of mind-controlled citizens from Vaniville Town. They find X and his friends there having been defeated by Celosia in an attempt to rescue the townspeople. Before Celosia can finish X off, he is saved by Korrina, Gurkinn, and Diantha, who use their Mega Evolved team to battle Celosia and Essentia. 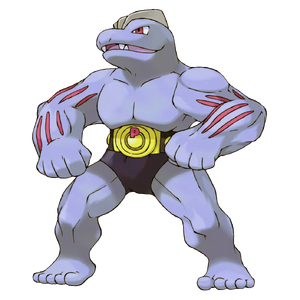 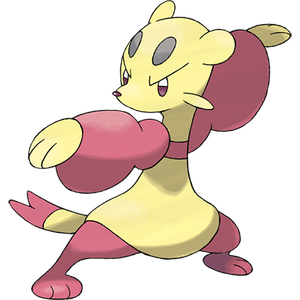 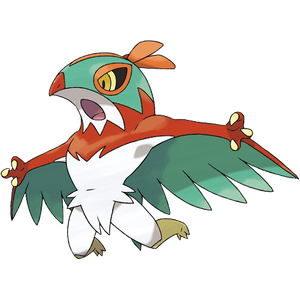 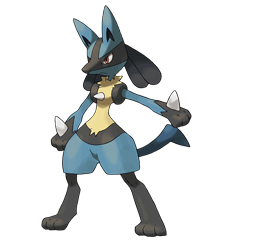 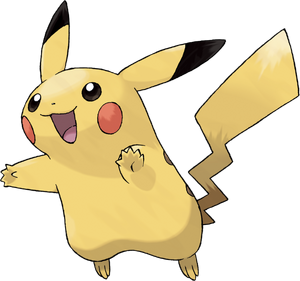 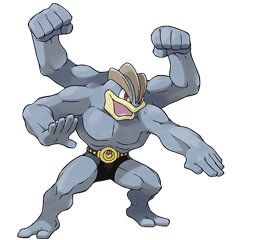 Machamp (only at the Battle Chateau)