Commander of Ratatoskr
Captain of the Fraxinus

Help Shido save the Spirits to let them live peacefully on earth.

Kotori Itsuka is the tritagonist of the light novel and anime series Date A Live. She is Shido Itsuka's adoptive younger sister and secretly works as the commander of the airship. She is also a Spirit, the first to be sealed by Shido 5 years before the beginning of the story,

She is voiced by Ayana Taketatsu in the Japanese version of the anime and Bryn Apprill in the English version, the former of whom also voices Azusa Nakano, Koneko Toujou and Tsugumi.

Kotori Itsuka is Shido's adopted little sister; she is also a middle school student as well as a commander to a secret organization known as <Ratatoskr> that deals with extraordinary beings known as Spirits through peaceful means.

5 years prior to the beginning of "Date a Live," the young naive Kotori was tricked by a mysterious being that turned her into a Spirit. Not long afterwards, she was told about the method of how to seal her power by the same being that had given her that power; when all was said and done and her power was sealed, Kotori and Shido, who seems to have the ability to seal Kotori's power, have their memories of that event suppressed. It was not until during the present time, 5 years later, that Kotori personally for the 2nd time in her life uses her Spirit powers to save Shido; this time from Kurumi when he was battling it out in a sense on his school rooftop. It was not until Shido resealed Kotori's Spirit powers that they finally remembered that event, and soon afterward they later dub the mysterious “being” unofficially with the code name "Phantom."

Kotori, being a commander of Ratatoskr, would know certain information that only selective Ratatoskr members would know, while the rest would not.

A middle school girl with twintails. Kotori has red eyes and very long, light coral-colored hair that is usually tied by ribbons in three variety of colors of both hair and is separated by each side, called a twintail hair. Also, a tiny piece of her hair is seen.

Having a white ribbon, she wears a white uniform with a black tie, short teal-colored skirt and has long stockings that reach the half of her thigh. But when she wears a black ribbon, her clothes, including her personality changes, as she now wearing maid-like sleeve clothe, with black skirt and stockings.

In 'commander mode', she uses black ribbons. She also wears a red coat, black tie with red sidelines, a red skirt with white cloth-like sticking out and a pair of black boots. The most noticeable part of her appearance falls under how she's constantly occupied with a lollipop in her mouth. Her height is stated to be 145 cm in the anime.

In her "spirit form," she wears a white kimono and has a pair of horns sticking out from her ribbons.

Kotori has three different personalities depending on the situation at hand. As a human, her personality changes according to the colour of the ribbons she's wearing: while wearing white ribbons she is that of her "weak self", a delicate little sister who is very dependent upon her big brother; and when wearing black ribbons, she becomes her "strong self", a charismatic and sometimes cynical leader able to successfully command the airship, Fraxinus. This is due to the fact that Shido bought her the latter set for her birthday, and so she promised to be a strong girl whenever she wore them.

According to Reine, the Kotori with white ribbons is the one that can honestly say how she feels, which would mean that the Kotori with black ribbons is simply putting a strong front because the situation requires so. However, when Shido briefly removes her ribbons (which he did to determine whether it was actually her or Natsumi in disguise), she temporarily reverts to a combination of her two personalities, initially begging that Shido give her ribbons back and then punching him for teasing her. This implies that her two selves aren't two different personalities so much as two sides of the same personality.

In her spirit form, Kotori acts the same as her ribbons' current color indicates. But if she stays in her spirit form for too long, her third, "Spirit personality," takes over and she becomes an aggressive and merciless killing machine, who only cares about battling enemies to death. It could be said that battling strong opponents (and utterly destroying them) is her only interest.

In all three cases, Kotori seems to have a 'S' side. She also has a huge sweet tooth and is almost always seen with a lollipop in her mouth, with her favourite brand being Chupa Chups. Also, her deep feelings for Shido are always present, regardless of her current personality and, furthermore, they even help her remember who she truly is, no matter what the situation is: Shido's little sister.

Kotori was born in the Itsuka household as the only child until her parents adopted Shido when she was still very little; 5 years ago (before the main story) Kotori somehow became a spirit while, at the same time, her brother somehow gained the ability to seal the Spirits' powers, but neither of them could remember about that incident. Not long after that incident, Kotori was invited to join Ratatoskr, unknown to anyone in her family at the time.

Kotori Itsuka is born as a human and still is a human per se. However, she receives the powers of a Spirit during an incident five years before the main story of the novels started. Her powers are centered on the manipulation of flames that erupt from her body and can be used in close or ranged combat.

In her Spirit form, Kotori's clothes change into her Astral Dress Elohim Gibor, which resembles a goddess's robes from Japanese folklore, with a revealing neckline, a translucent sash, and black ribbons tied around a pair of horns. Her angel Camael comes in the form of a large red halberd, but can be dismantled into Megiddo, a cannon powered by Kotori's own flames. Megiddo fires powerful energy beams that can overwhelm even the defenses of other Spirits. Kotori also has a powerful regeneration ability, which Shido uses/borrows on many occasions when he is trying to make spirits fall for him. Basically, it is an ability that protects the user from certain death as long as the user has enough "mana." It also reverses all physical damage done on the person as if it never happened but only covers the recipient's body.

The nature of Kotori's powers makes her prone to losing control over the urge of defeating another Spirit, and has caused widespread damage during the two times it was unleashed. For this reason, Kotori sees her Spirit powers as a last resort that she only chooses to use when desperate times come. 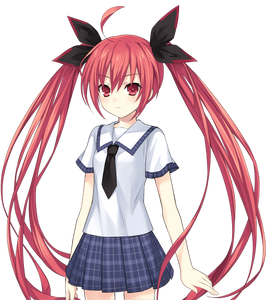 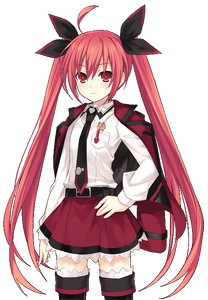 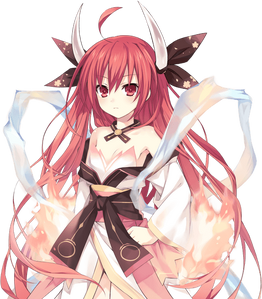 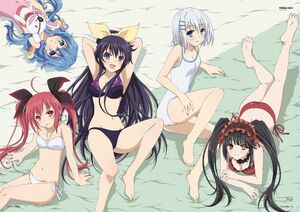 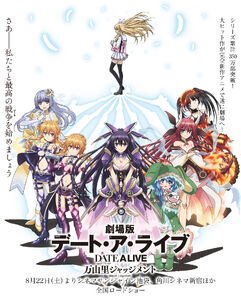 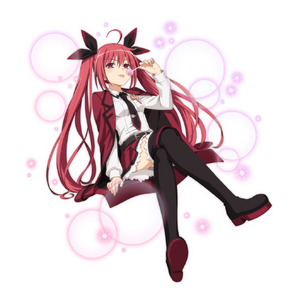 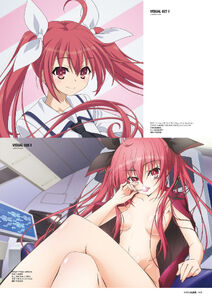 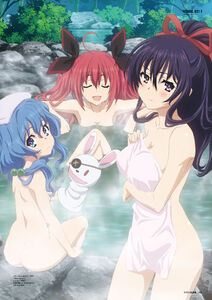 Retrieved from "https://hero.fandom.com/wiki/Kotori_Itsuka?oldid=1953282"
Community content is available under CC-BY-SA unless otherwise noted.