Kouichiro is a very dedicated and intelligent student who is the brains and functioning leader of the team. He is always arguing with Kenta because of Kenta's laziness. Kouichiro is practically the top of his class, and gets extremely concerned if he might get bad grades. When he received a low grade on an exam for skipping a problem, which caused all subsequent answers to be wrong, he became so distraught that he almost resigned from school. He believed he couldn't handle both school and his duty as a Megaranger. It took an easygoing teacher to show him that one test is only a small part of life, and he hasn't lost as long as he doesn't give up. He also is very conscious of nature and protecting the environment.

He befriended a forest spirit, being the only one who could see him, helped him protect the forest from Mushroom Nejire. Kouichirou has a younger brother who playing a soccer, and Kouichirou himself is a keen soccer player, performing the "Miracle Shoot" to attack Porcupine Nejilar by kicking a soccer ball bomb so that it flew past him and then turned in midair to hit him from behind. His forehead symbol is a satellite that allows him to using a searching abilities such as the 'Satellite Search' and 'Satellite Scan' to trace communications sources and transmissions. While his weapon is a staff with a crescent shaped blade on one end, called the Mega Rod. With the Mega Rod, he can perform the Rod Break, a diagonal slash with the blade end of the rod. He returned with his other teammates in 'Gingaman vs. Megaranger' to destroy Hizumina, Gregory, and the revived Balban. 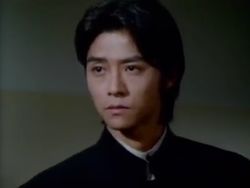 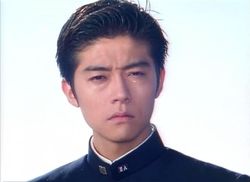 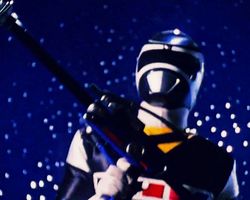 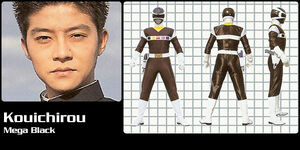 Retrieved from "https://hero.fandom.com/wiki/Kouichirou_Endou?oldid=1860844"
Community content is available under CC-BY-SA unless otherwise noted.