Marina (In the anime)
Crystal

Amazonian Successor
Kris, also known as Crystal, is the female playable character in Crystal, her first and only game. She was the first ever playable female character in the Pokémon games. In the Generation IV remakes of Gold and Silver, HeartGold and SoulSilver, she was replaced by Lyra. Her male counterpart is Ethan (also known as Gold).

Kris made her debut in the main series games with Pokemon Crystal as a female counterpart to the playable character Ethan from Gold, Silver and Crystal. Her introduction marks the first time players had the option to choose their gender in the core series. Utilizing her deep knowledge of Pokémon on her journey, she looks out for all Pokémon and treats them with love. She is known for her kind personality.

Kris's counterpart in the anime is Marina. She is designed after Kris, and she makes her first appearance in The Legend of Thunder.

Kris has a counterpart in Pokemon Adventures named Crystal. She lives in Violet City and she kicks her Poké Balls instead of throwing it. She was born in April 30. 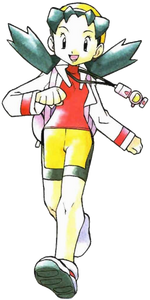 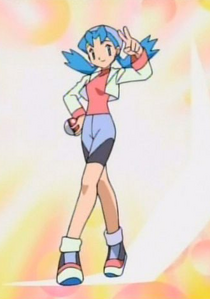 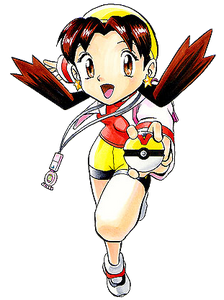