To play with Agumon

To save both the Real World and Digital World from colliding, and restore peace to both worlds

Sibling
Kristy Damon is supporting character of Digimon Data Squad and younger sister of Marcus Damon. She is partner of Biyomon.

She is voiced by Kokoro Kikuchi in the Japanese Version and Melissa Fahn in the English Version.

Kristy is a young girl with green eyes and short auburn hair which is worn in pigtails with yellow hair ties. She wears a pink shirt, a blue skirt, and red sandals. In a commercial, she ties her hair with light pink hair ties, and wears a yellow shirt with a white collar, and a red zipped jacket with a white ruff on the collar.

Kristy is a sweet, and kind girl. But does show moments of being angry or sad. Kristy is not usually seen being angry at Marcus, although there are times where she is seen to be a bit angry at Marcus. (Hence in one episode when Marcus's bad table manners embarrass her, she got very angry at him.) She also cares about Biyomon by telling him not hurt people in his berserk personality.

When she was a toddler, she would always cry until her mother would happily calm her down. However she had no memories of her father because he left for the Digital World during her older brother's childhood. 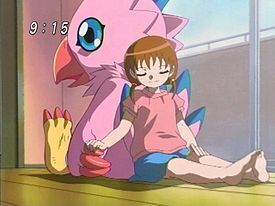 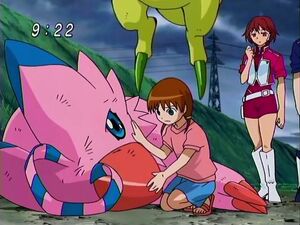 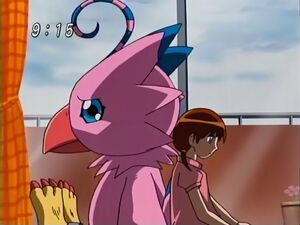 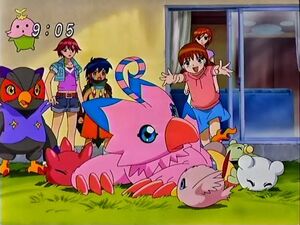 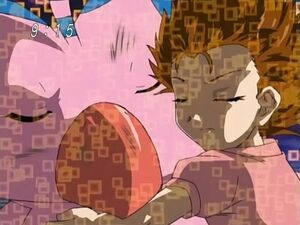 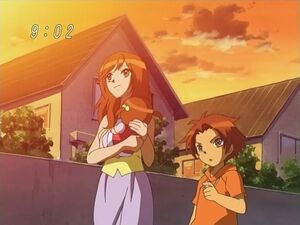 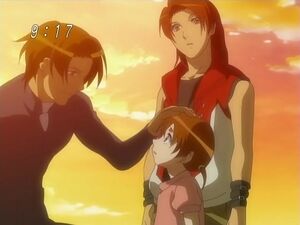 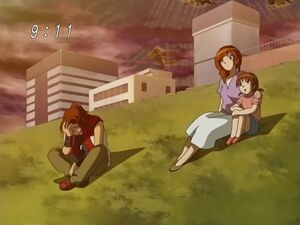 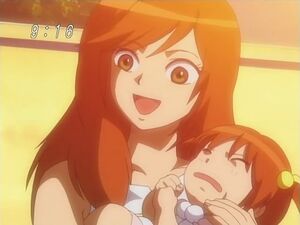 Kristy as a baby. 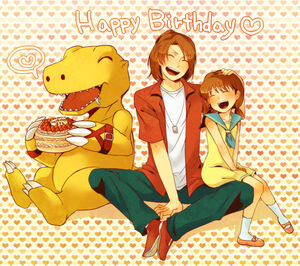 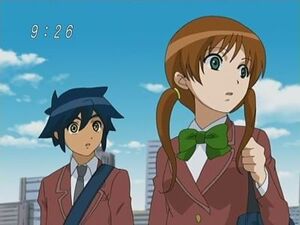 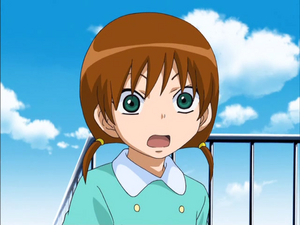 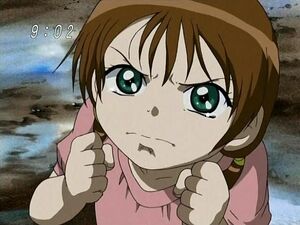 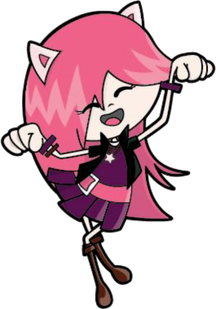 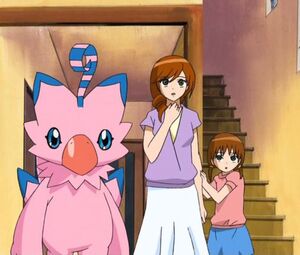 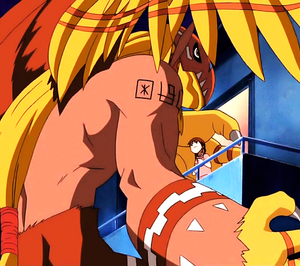 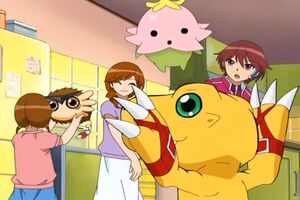 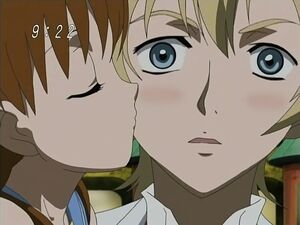 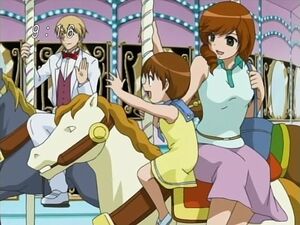 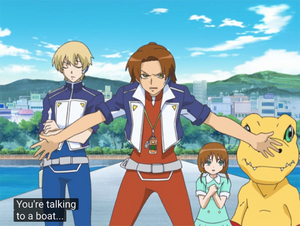 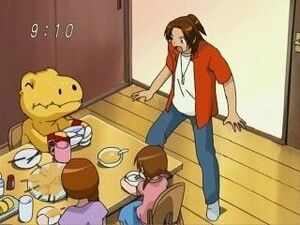 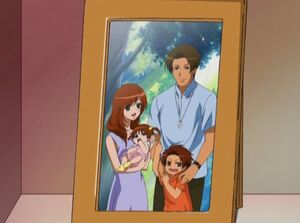 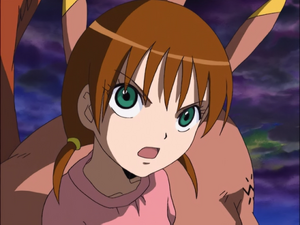 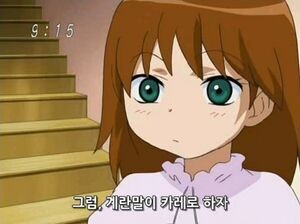 Retrieved from "https://hero.fandom.com/wiki/Kristy_Damon?oldid=2115118"
Community content is available under CC-BY-SA unless otherwise noted.