Heroes Wiki
Register
Don't have an account?
Sign In
Advertisement
in: The King of Fighters Heroes, Senran Kagura Heroes, Female,
and 77 more

Collecting some parts for amending 'Candy'; drawing doodles on 'Candy' (2000)

Kula Diamond is one of the main rivals in The King of Fighters franchise. She's served as the deuteragonist of the NESTS Chronicles Saga.

She is voiced by Yumi Kakazu in the Japanese version, and by Kat Cataneda in the English version.

Kula Diamond is a being created with the codename Anti-K by NESTS to exterminate the cartel's traitor, K'. She possesses the same design as K', and her clothes are almost identical to K's, with DNA altered to use ice powers instead. Despite the fact that their subject was a mindless puppet with no sign of emotions (aside from being an innocent young girl), the NESTS cartel was not willing to repeat the same mistake they made with K'. Therefore, NESTS created an android called Candy Diamond, who would monitor Kula's behavior and assure that Kula would accomplish her missions, providing assistance in battle if she was needed. NESTS also assigned two of their top agents (Diana and Foxy) to supervise and prevent any sort of betrayal by Kula.

She is often ordered by either Diana or Foxy to exterminate other traitors to NESTS -such as Zero or Igniz- but has been known to disobey her orders for the sake of others, such as the destruction of the Zero Cannon. After NESTS's destruction, she allies herself on friendly terms with her target, K' and his companions, understanding that both their lives were ruined by NESTS. Whip affectionately refers to her as the "little sister" of the group. Prior to the KOF XIII tournament, she was staying with K' and Maxima at their apartment. She became cellphone buddies with Chin Gentsai, who promised that she would get a lot of ice cream if she entered the tournament with her comrades. With Whip asking her to do the same, she entered herself and her teammates in the KOF XIII tournament.

In the Maximum Impact series, Kula accepts to enter in the tournament to search for Dr. Makishima under the orders of Heidern, as the doctor is needed to repair Maxima's failing nuclear core. During the tournament, she finds a rival in the form of Nagase, and defeats her, with the latter swearing revenge for the humiliation she suffered. Kula eventually discovers that the doctor had been taken elsewhere, and leaves the tournament.

Before being a killer, Kula is a child at heart. While working for NESTS or for Diana and Foxy, she would not fail to kill anyone she finds unworthy. During her time with NESTS, her feelings were repressed, as she was portrayed as a cold girl executing her mission. She has since been defrosted into being more childish as of late.

Kula is trying hard to establish herself as a humane person, so people don't look at her as if she is some kind of weapon, she doesn't use her powers to full extend so she doesn't kill anyone by accident, because she fears that it would make her go back to her previous ways, so she prefers close combat instead. After beating her oponents Kula is usually worried about them.

Despite being this sweet innocent girl, Kula has some anger management issues. They are mostly the results of people either talking down to her, underestimating her, or reminding her of her origins and calling her a weapon. She also gets angry when she sees flames. 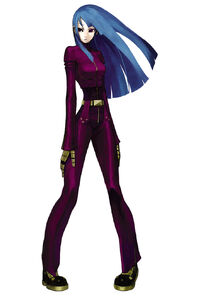 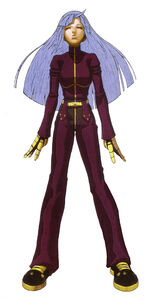 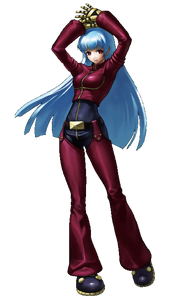 Kula Diamond as seen in King of Fighters XIII 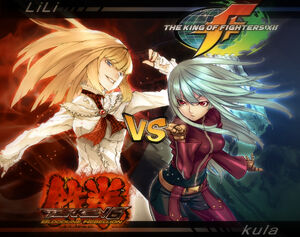 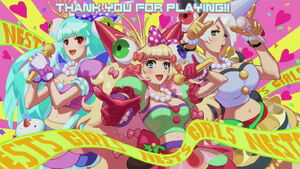 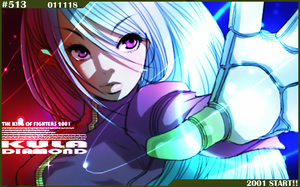 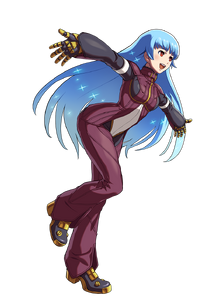 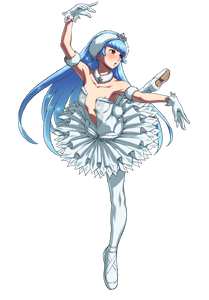