​Kuma (クマ; literally meaning "Bear") is the name of two characters within the Tekken series, both of which were bears, bodyguards to Heihachi Mishima as well as father and son towards each other.

Kuma II was first introduced in Tekken 3, and returned for all subsequent games. He replaced Kuma I, his father, which died of old age during the years after the second tournament. Just like his father, the second Kuma is Heihachi Mishima's pet and bodyguard. Kuma is in love with Panda, but she neither feels the same nor has any interest in him. It is noted that although she does not love him, she does occasionally give him a thought. Continuing his father's rivalry, Kuma would inherit his father's rival, Paul Phoenix, and the two would continue on fighting each other, carrying on from the original Kuma. Upon his loss in the third tournament however, he realized the necessity of taking his training to another level. Through this, he immediately left the Mishima Estate in order to train in the wilderness. Described as the harshest training regimen he received, Kuma pushed himself to limits with the wild, but his addiction to television would lead him to the announcement of the fourth tournament, and his inevitable match with Paul once more.

In the fourth tournament, he finally achieved victory over Paul, but much to the bear's surprise, Heihachi was no longer in control of the Zaibatsu, leading to Kuma's desire to reclaim the corporation for his master. In the process, he would fight with Paul once more, this time on the losing end. Despite his loss, Kuma still continued to the corporation's headquarters.

Believing his master Heihachi dead, Kuma went to the Mishima Zaibatsu and became a candidate for rising as the new leader (much to Japan's surprise). He would faced its new head, Jin Kazama, and the two had to fight for the Zaibatsu. Kuma was defeated by Jin, and was immediately banished back to the Hokkaido wilderness. Burning with a new rage, Kuma immediately set out with the desire to defeat Jin.

Kuma is considerably more of a joke character compared to Panda and his more cruel father. It is unknown how he met Panda (presumably when Heihachi was teaching them Kuma Shin Ken), but he has always had a very unrequited but humorous love for her. This jokingly leaves him on the receiving end of her attacks, and the concern of her owner, Ling Xiaoyu.

Despite leaving him after the third tournament, Kuma is still devoted and loyal to Heihachi, though in recent adaptations, Kuma and Heihachi's love for one another has been put into question. The first example occurred in Tekken 5 when Kuma dropped Heihachi into a trap door during Kuma's ending, or during the Scenario Campaign in Tekken 6, where Heihachi receives an aggressive reunion from the bear, who tries to kill him in a fit of rage. In Street Fighter X Tekken, Kuma and Heihachi fight over the power provided by Pandora, though Kuma jokingly receives most of it's power. (It should be noted that Heihachi had actually refused to dissect Kuma in order to research the sources of the power.). In Tekken Tag Tournament 2, Heihachi and Kuma's winpose shows Heihachi as someone more stern towards his pet. 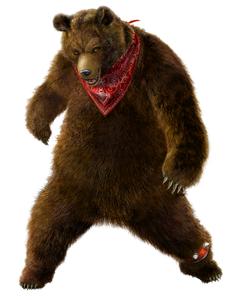 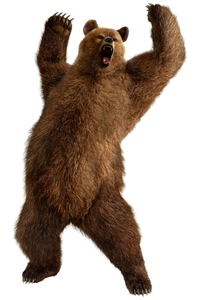 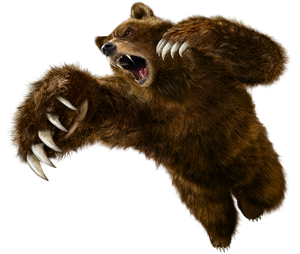 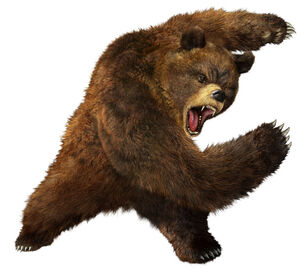 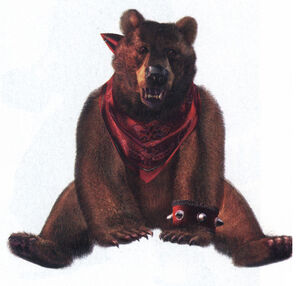 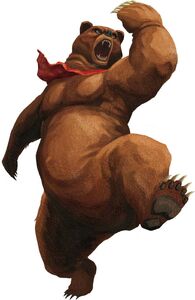 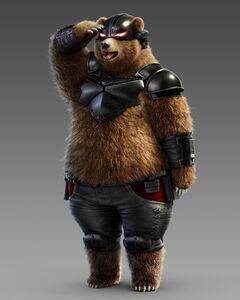 Kuma as a member of the Tekken Force in Tekken 7 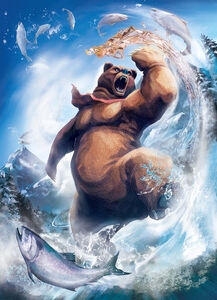 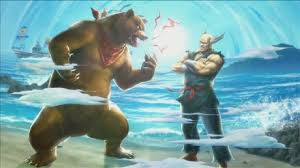 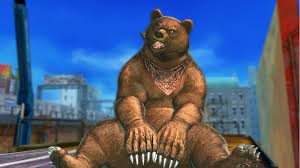 Kuma Bent down on his knee 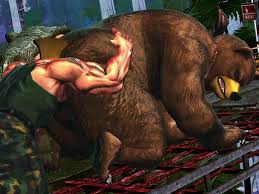 He is going to fart 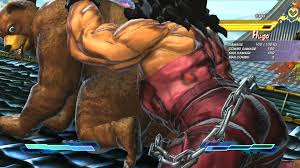 Kuma is the king of farts. 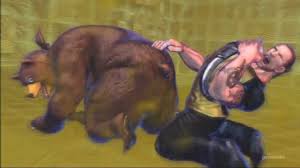 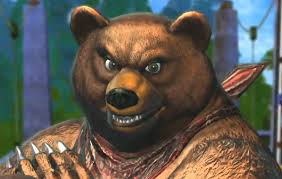 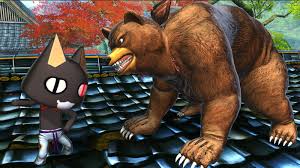 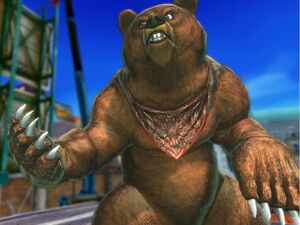 Retrieved from "https://hero.fandom.com/wiki/Kuma_(Tekken)?oldid=1755708"
Community content is available under CC-BY-SA unless otherwise noted.