Evening Drinking, Teaching her students, Going out with her husband Asuma

Kurenai Yūhi (夕日紅, Yūhi Kurenai) is one of the supporting characters of the Naruto and Boruto universe. She is a jōnin-level kunoichi from Konohagakure. She is also the leader of Team Kurenai, which consists of: Hinata Hyūga, Shino Aburame, Kiba Inuzuka and Akamaru.

Of all her students, Kurenai is closest with Hinata, acting as a surrogate parent in the absence of Hinata's father and helping Hinata overcome her weaknesses.

She is usually accompanied by her childhood friend Asuma Sarutobi. 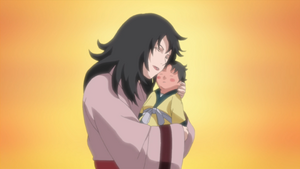 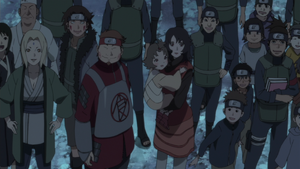 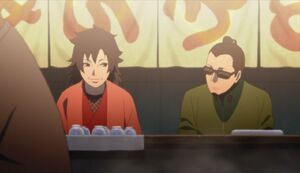 Retrieved from "https://hero.fandom.com/wiki/Kurenai_Y%C5%ABhi?oldid=1764210"
Community content is available under CC-BY-SA unless otherwise noted.