An expert when it comes to technological products and communications

Kururu, also known as Kululu in the Funimation dub, is a character in the anime/manga Sgt. Frog (also known as Keroro Gunso). He is the Keroro Platoon's Communications Expert and their Sergeant Major.

In the Funimation dub of the anime he is voiced by Chuck Huber who also voices Sleepy Ash, Franken Stein and Hiel.

Kururu is primarily curry yellow in color (due to, of course, falling into some curry that Keroro made for him when he was a tadpole thus permanently dyeing his skin), while his headgear is orange with a shell in the middle. His main insignia is a red spiral that is located on his tummy. The spiral on his headgear is yellow. He always wears shiny glasses with black spirals on them. When he was younger his skin used to be light blue.

Kururu's personality is complex. Going by the differences in the way he conducts himself when speaking to others and the way he speaks in his own head or when he's alone, it seems like his way of being so creepy and enigmatic may just be a facade to put people off or conceal his thoughts. Most of the time he is very mischievous and efficient.

Kururu shows a lack of empathy, along with social problems, difficulty making friends and interacting with people, and he is inclined to avoid others. He also seems to have problems with eye contact, posture, and other social gestures, along with a failure to react "appropriately" to various situations. He has restricted interests and seems to get bored easily. He is often seen with a video camera recording events, and is shown to have a massive room of shelves upon shelves upon shelves full of DVDs with seemingly unnecessary information on them, like random footage of a brook. Kululu is also shown to crave or at times fail to notice pain and he mysteriously enjoys terrible sounds, such as nails on a chalkboard.

Despite these idiosyncrasies, he is a very intelligent man and he is full of wisdom. His place on the platoon is stable, and it has been shown more than once that they can't do very well without him. Sometimes he can be a prankster and cruel. As shown in episode 28b of the anime, he has tortured everyone with his pranks. In episode 49a, he messed up Natsumi's laundry and ripped some pages out of Fuyuki's book.

Despite appearing to care for the select people he likes, Kururu is extremely mischievous and enigmatic, almost to the point where some people might call him a mad scientist. Most of the characters see him as a depressing jerk and in the series, action figures of him tend to sell very poorly on Keron (much to Kululu's displeasure).

It is apparent throughout the series that the way he responds to things and how he acts is carefully controlled. He seems to want to keep up his appearance of being heartless and uncaring. When the Soul Diver is used on Kululu, it is shown that he controls even his thoughts this way, as things are organized and even labeled.

He does seem to be self-conscious about his appearance, as he tends to freak out when he's referred to as ugly and unlikable (first encounter with Tororo, turning on the narrator, the new years episodes).

Overall, however, he is actually a fairly good person who cares for his friends. He just likes practical jokes and often takes them too far. 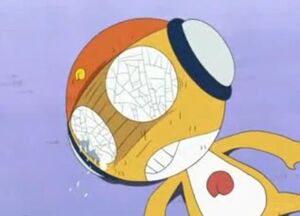 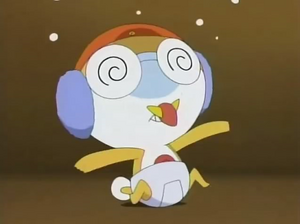 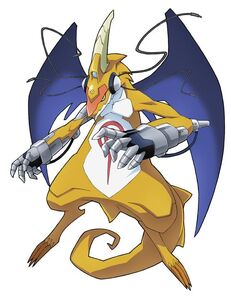 Kururu's Dragon form
Add a photo to this gallery
Retrieved from "https://hero.fandom.com/wiki/Kururu?oldid=1559846"
Community content is available under CC-BY-SA unless otherwise noted.