Naturakinesis, Can communicate with trees
Telepathy

Kusano is one of the main protagonists of the manga/anime series Sekirei. She is the youngest Sekirei, designated #108, and the second to be winged by Minato Sahashi. At the beginning of the story, she was hiding in a botanical garden after being traumatized when Hayato Mikogami attempted to forcibly wing her. Kusano communicated with Minato telepathically and led him through the garden until he found her. Later, with the help of Musubi, he saved her, and subsequently became her Ashikabi.

She is voiced by Kana Hanazawa in the Japanese version of the anime and Tia Ballard in the English version, the latter of whom also voices Happy and Mizore Shirayuki.

Kusano is the smallest and youngest Sekirei in Minato's group (and the youngest and smallest Sekirei, period). Her appearance remains throughout the entire story the same except that she wore a ribbon in her hair when she first appeared. She has yellow hair, wears a one piece with a ribbon on the back and often tries out a costume from Uzume's collection in order to show it to Minato. While at the beach or washing with a hose she wears a dark blue one piece swimsuit with number 108 on the front. She is also seen in a green nightgown or orange pyjamas while in bed. She usually goes around barefoot.

Kusano has the personality of a little kid. She cries easily and hates it when people fight. This fear of people fighting has broken up a couple fights before, making her one of two people to break up fights in Izumo Inn, the other being Miya. However, she is rarely (if ever) bratty and is mostly a cheerful and innocent girl, and the second nicest of Minato's Sekirei after Musubi. She usually carries a potted plant or seeds around so that she can use her abilities anywhere she goes.

Kusano is shown to hate being alone, as after being separated from Takami, she cried all the time and begged for someone to help her before being saved by Minato, Musubi and Seo. As a result of this incident, she easily empathizes with Homura's situation of being alone and believes he must be in great pain, to the point that she practically begs Minato to save him. She is very close with Sekirei #107 Shiina, viewing him as family, because his power of decay is what used to stop her plant powers from going out of control. Because of this, she misses him dearly and wishes to be reunited with him.

Kusano, like all of Minato's other Sekirei, is very fond of him, and calls him her Onii-chan (Big Brother). She is very determined to be his wife when she gets older and can be quite clingy, though this only really started once Tsukiumi started declaring herself as Minato's wife. She is also violently protective of him, and is prone to biting Seo whenever she suspects he might be bullying Minato. She is the most attached to Minato and can be very possessive of him at times, even biting her fellow Sekirei when they start to get too close to him (and on occasion Minato himself when she thinks he is paying more attention to others of his Sekirei). Besides Minato, Kusano is also extremely loyal to her fellow Sekirei; refusing to abandon Matsu and save herself when the two are in the collapsing MBI building.

Due to her young age and usually being sheltered in the Izumo inn. Kusano can be rather air headed and forgetful; during her first trip to the shopping district, she ends up getting lost and making a wrong turn, and forgets that Miya had put a map to the district in her shopping bag. Additionally, by the time she finally gets there, she has already forgotten the things she's supposed to buy (potatoes and carrots). She is also easily distracted; once she spots a cat, she completely forgets about the situation at hand and can't resist running after it, including during her first shopping trip, though Musubi and Tsukiumi (who were following her to make sure she got there) used this to their advantage by guiding the cat towards the shopping district. Her airheadedness is also shown by the fact that she doesn't seem to know that Sekirei are designated by numbers, as she was confused when Benitsubasa called the inn and said she was looking for #88 (Musubi).

One odd thing about Kusano, which contrasts her airheadedness, is her wisdom, which is great for her age. She is the one who convinces Tsukiumi to go help Minato when he is fighting the Disciplinary Squad on the bridge by stating that "she is not Minato's wife, even if she wants to be, if she doesn't even support him when he truly believes in something". She is also very impressionable and often copies Musubi, Tsukiumi and Kazehana's mannerisms.

Kusano has the power to control plants; she's able to make them grow at accelerated rates and to unnaturally large proportions; she uses the plants to trap or disable her opponents without hurting them. She has also used her powers to hide herself in a large forest she created. She is often seen carrying a potted plant so that she is able to use her powers at places without plants nearby. She's also able control plants while they're still in their seed form. She is also able to communicate with plants, even over a distance. She was able to "ask" a tree to catch Minato, and learned from it about Shiina being released from the labs.

Takehito Asama hypothesized before his death that Kusano actually held the mirror ability to Shiina and not just limited to plant life. During a battle of Stage 4 on Kamikura Island when Sahashi Minato activates Kusano's norito a number of Sekirei believed to be terminated recover including newly Winged Akitsu.

Matsu hypothesizes that any sekirei, who hasn't been terminated long could, with the assistance of "stimulation" such as Kusano's norito can be used to reactivate a sekirei. This includes traditionally terminated, and other sekirei who had been "frozen". Matsu further states in theory, that it could be directed and controlled. Kusano herself states she could hear the whispering voices of "everyone who was sleeping". Displaying an level of understanding of who had been revived. Unfortunately it also appeared to affect the invading soldiers.

It is also stated, or reflected on that it might have been usable on Uzume. This left the impression it was/is far too late for that instance. 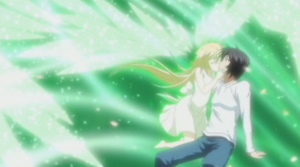 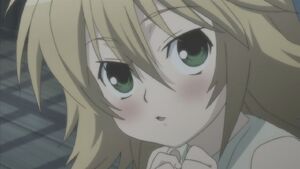 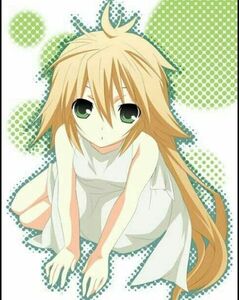 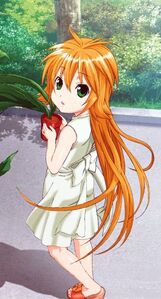 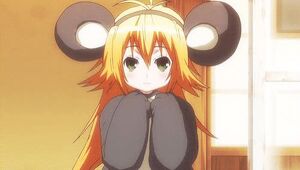 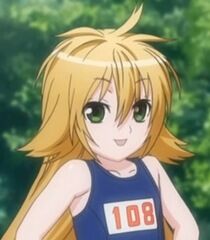 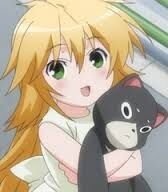 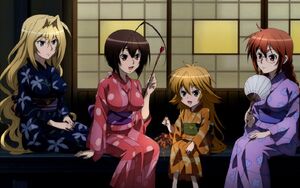 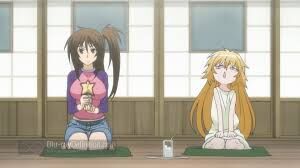