End the Skeksis' reign of Thra.

Humanoid
Kylan is one of the tritagonists of The Dark Crystal: Age of Resistance. He was a singer of the Spriton Clan and friend and companion to Naia.

He was puppeteered by Victor Yerrid and voiced by Shazad Latif.

Kylan is a peaceful, kind, and caring Gelfling with a love of music. He cares very deeply for his friends, as Kylan was glad to see Rian safe after he was rescued from the Chamberlain by Naia and Gurjin. Similar to Jen from the original film, Kylan carries a two-way flute called a firca. According to Aughra, she dubs him as "Wise Kylan," referring to his intelligence and peaceful nature.

He was also a pacifist upon first meeting Rian, assuring him that he and Naia did not come to fight him. However, Kylan learned how to sword fight, thanks to Rian teaching him.

When Kylan was young, his parents were killed and eaten by the Hunter, the Skeksis, SkekMal. At an unknown point, Kylan met and befriended Naia, becoming her companion.

Naia and Kylan have been travelling, searching for Rian, whom Naia hopes to return to the castle in exchange for her brother's freedom. When they find Rian at a Podling tavern, Kylan insists they are not there to fight but rather take him with them to the Castle. However, the situation gets complicated when Princess Tavra appears, revealing she intends to take Rian to Ha'rar to face justice with her mother. Rian reveals Mira's essence and promises to tell them the truth if they dreamfast with him. However, Tavra and Naia are unconvinced because the Skeksis spread lies that Rian's mind was infected. Kylan is the first willing to dreamfast with Rian and ignores Naia's protests, wishing to listen to his heart over the Skeksis' rules.  Following this, Tavra and Naia become willing to dreamfast with Rian too. The four join hands and dreamfast, where Kylan and his friends learn of the Skeksis' crimes and true colors and form a dream-etching. Rian's father, Ordon, joins the dreamfast as well and learns of the truth from Rian. Now knowing the truth, Kylan and Naia decide to join the rebellion but they go to rescue Gurjin while also promising to meet in Ha'rar.

Kylan and Naia are successful in rescuing Gurjin from the Skeksis. However, the trio learn that Rian has been kidnapped by SkekMal and SkekSil is taking him back to the Castle. Kylan stayed while Gurjin and Naia went to rescue him and made broth. He is reunited with Rian, Naia and Gurjin after the successful rescue from SkekSil. Rian tells Kylan and their other friends of his father's sacrifice and how he had never met a Skeksis like SkekMal. Kylan joins Rian, Gurjin and Naia in dreamfasting. Instead of normally dreamfasting, Kylan woke up in the Dream Space, where he learned from Aughra that their world was dying. However, Seladon refuses to submit, causing Aughra to return her to her body. Kylan learns of Brea and Deet's part in the tale and that they all must save Thra. Kylan must go to the Spriton Clan to join the rebellion and unite the seven Gelfling clans while Rian, Brea and Deet must travel with Lore Afterwards, Aughra sent Kylan back to his own body. 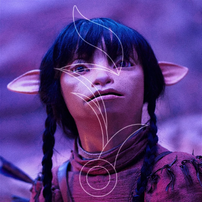 Retrieved from "https://hero.fandom.com/wiki/Kylan?oldid=2157331"
Community content is available under CC-BY-SA unless otherwise noted.