Start a Wiki
Kylie Griffin is one of the main characters from Extreme Ghostbusters. She is voiced by Tara Strong (credited as Tara Charendoff).

Kylie is the only member of the new team to have any sort of paranormal knowledge before signing up as a Ghostbuster, after her friend Jack was a victim of the Grundel. Kylie is in awe of Egon Spengler when the series began, but this soon shifts to a more equal footing, and becomes somewhat of the unofficial leader in the field, after Egon. Kylie's calm exterior often sets her as a foil against Eduardo Rivera's brashness, as part of the ongoing love/hate dynamic between the two. Although she has never admitted it, she often seemed to appreciate Eduardo's feeling towards her, such as giving a thankful smile on the occasions when he saves her life and vice versa.

Kylie is depicted as something of a "Goth" girl, judging by the black hair and matching lipstick. She also wears a unique armored uniform and is also the one who most commonly wields the Ghost Traps, which are carried on her back.

In the episode "Grease", it is revealed that her parents divorced and she currently lives alone with her cat. She was highly close to her grandmother Rose, who died a year before the show started, and both her interest in the paranormal and Gothic styling are implied to be related to her grandmother's death.

In "Heart of Darkness" it is revealed she used to be "Cheerleader of the Year" when she was in the 8th Grade of her junior high school, something she finds mortifying.

Kylie Griffin appears in the Ghostbusters comic book series from IDW Publishing, where she originally appeared in cameo roles as a worker in Ray Stantz's occult book shop before becoming a Ghostbuster during the 2013 wave. 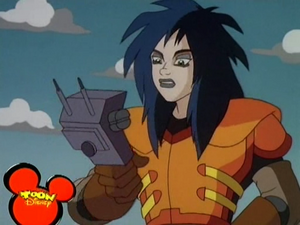 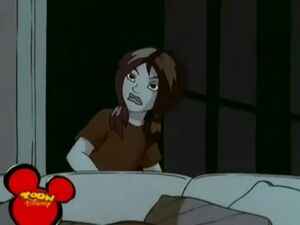 Kylie as a child 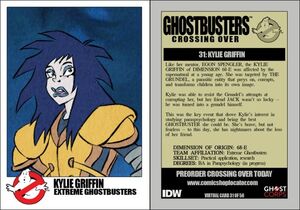 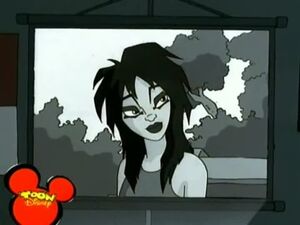 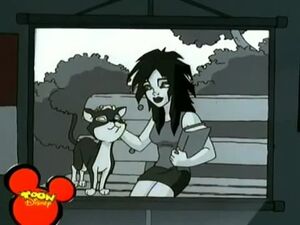 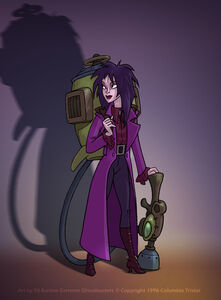 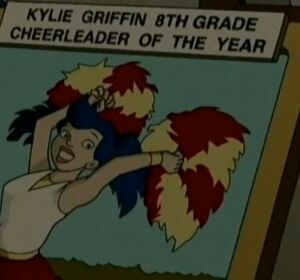 Tribute bust
Add a photo to this gallery

Retrieved from "https://hero.fandom.com/wiki/Kylie_Griffin?oldid=1750839"
Community content is available under CC-BY-SA unless otherwise noted.